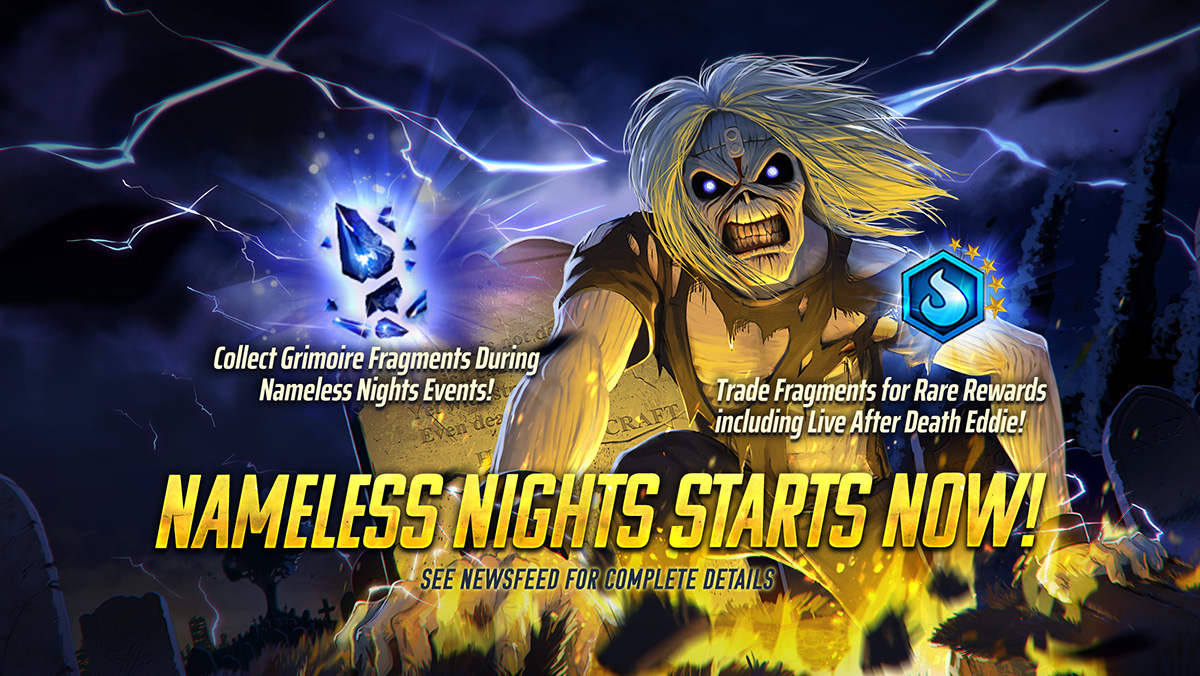 29 Feb Strike from beyond the grave! Live After Death Eddie is available now!

Live After Death Eddie is making their Legacy of the Beast debut!

Rise up from your grave! Live After Death Eddie is a 5⭐ Magus who specializes in dealing Negative Effects and enhancing his allies abilities! His fury, Plague of Corpses deals physical damage to all enemies and inflicts Perfect Accuracy Down on each enemy for the duration of battle. This ability also grants Perfect Vanish to all allies, and will Remove All Beneficial and Negative Effects from a random enemy and turn the enemy into an Apparition.

The Apparition cannot gain beneficial or negative effects and will permanently die within 1 turn. If the Apparition is killed before then, your whole team will revive and gain Perfect Immunity and +100% increase in all stats for 2 turns.

Live After Death Eddie is earnable during Nameless Nights, a series of events that will run through the month of March. These events will all grant the exact same fragment type – GRIMOIRE FRAGMENTS!

There will be a total of 8 Nameless Nights associated events during the month of March.

Events where you are earn Grimoire Fragments are as follows:

BONUS: For the month of March, Grimoire Fragments will also be earnable through infinitely repeatable event challenges involving the Raven’s Altar Frontier Dungeon!

Spend your Grimoire Fragments in the new Mega Store tab to get rare rewards including Live After Death Eddie and character specific talismans for Banshees!