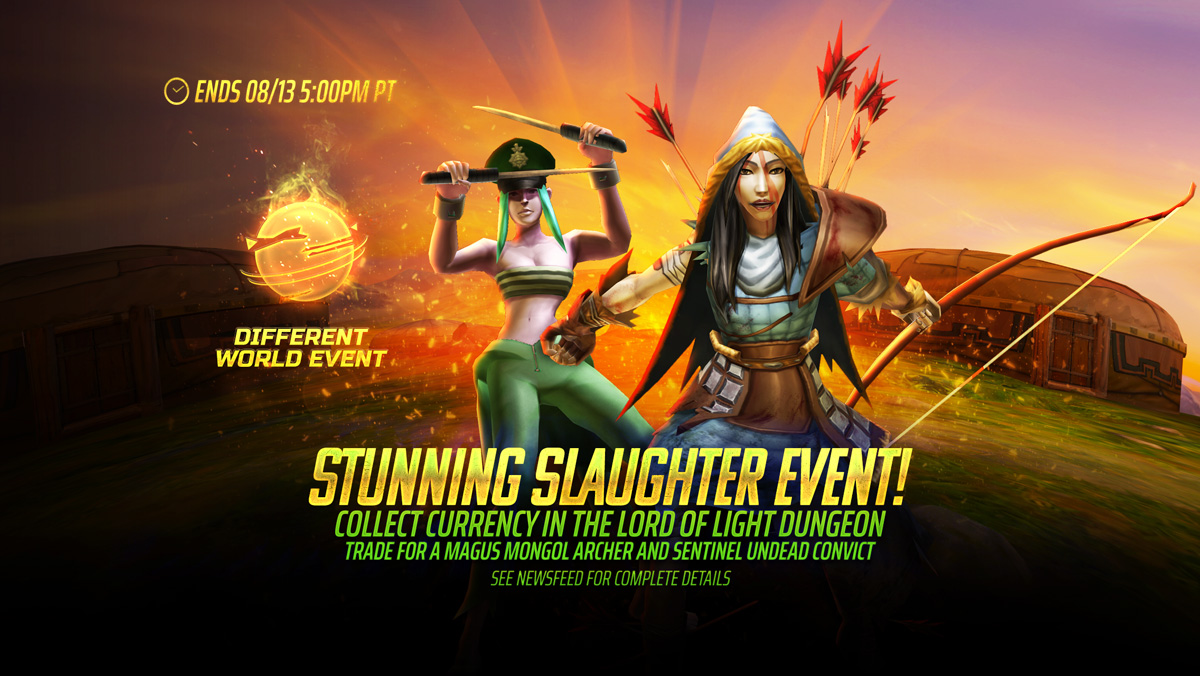 From now until August 13th, 5PM PT, each battle in the Lord of Light dungeons has a chance of dropping Concealed Weapons, the Stunning Slaughter event currency. Collect 200 and you can redeem them in the Event Store for your very own 4⭐ Magus Mongol Archer or 4⭐Sentinel Undead Convict!

Mongol Archer: Armed with a deadly bow, the Mongolian Archer buries her enemies under a volley of arrows! She has a 50% Chance to take no damage and deals multiple hits of magic damage to all enemies. Pair her with Genghis Khan and she’ll grant your allies Accuracy Up both at the start of battle and your turn!

Undead Convict: Fueled by an unnatural hunger, the Undead Convict ravages her enemies by inflicting Crave and Stun, while looking out for her team with HP Regen and Revive abilities!

This 4⭐Ally event will also feature 3 Event Challenges which will reward a variety of items including XP Shards, Frontier Keys and Salvaged Technology.

You can learn more about this featured event in the Different World event post here!