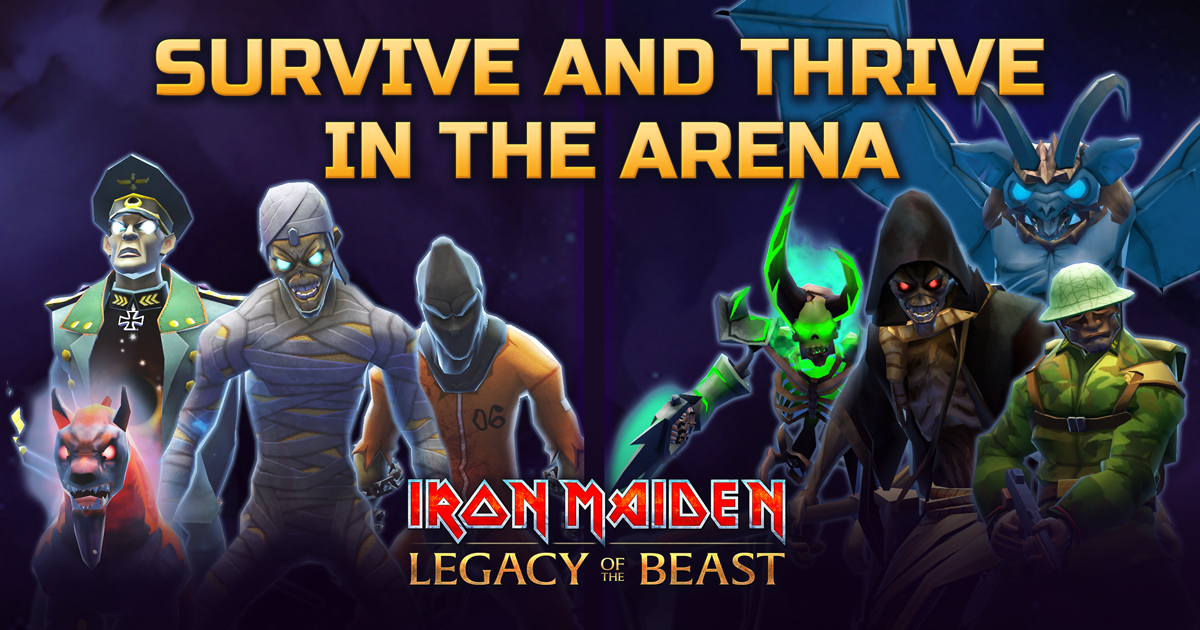 22 Feb Survive and Thrive in the Arena

The team you use to decimate opponents in the Iron Maiden: Legacy of the Beast campaign may not perform as well in the Arena.

Here are our designers top 3 tips on surviving and dominating in the Arena:

1) Have a plan if you go second: You’re going to go second 50% of the time, so having passives or skills that let you recover is important!

For example, having a Sentinel Allied Soldier on your team will help if your opponent is using a lot of strong AoE attacks or incapacitating status effects. Alternatively, bringing a Hellhound will give your entire team Immunity during your opponent’s first turn, and lets you have a better chance of executing your own strategy.

2) Create a diverse team: Be aware of class advantage! Your opponent will usually try and attack with class advantage (or at least attack the lowest health character you have). For instance, you could find yourself in trouble if your Gunner healer is staring down powerful Assassin attackers.

A diverse team comprised of different character classes will help make sure your characters are not immediately defeated on your opponent’s first turn.

3) Make sure characters can survive: If after accounting for the above two points you find characters won’t survive the first round, you’ll want to invest better in defenses.

Key characters have passives which can really help your survivability (i.e. Dog of War’s Block, Warrior Troll’s Shield, and passives which give Defense or MR Up), but even those are rarely substitutes for building in 1 or 2 green talisman.