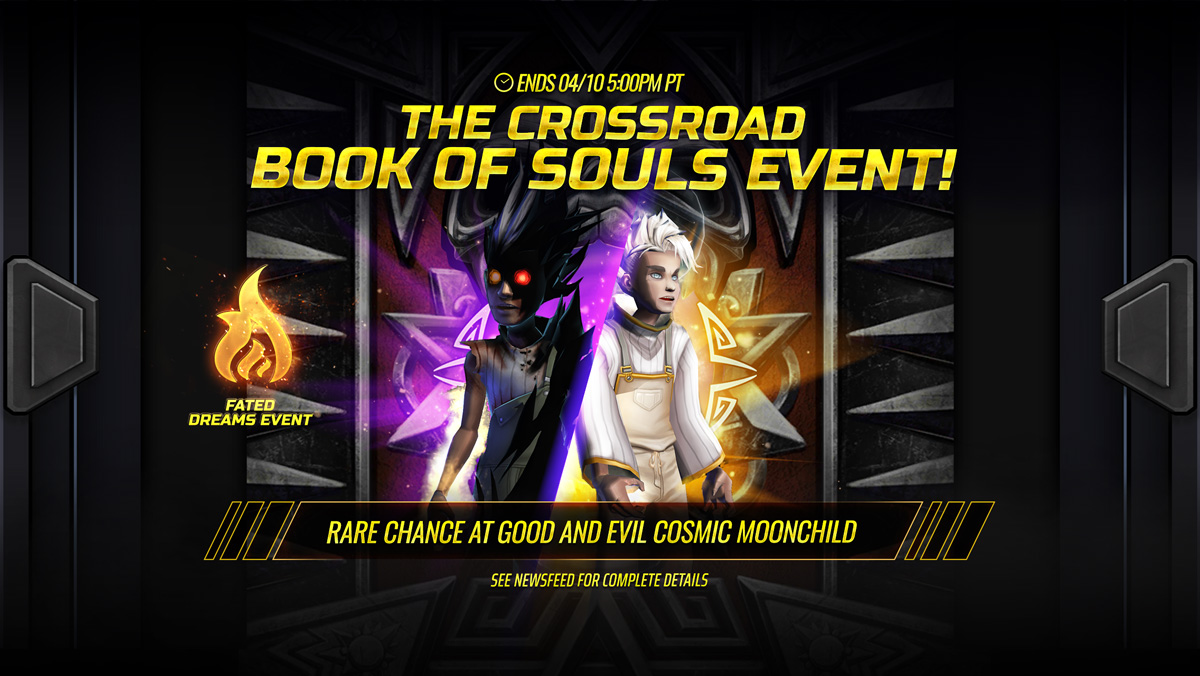 03 Apr The Crossroad (Book of Souls) – Summon for a chance at Good and Evil Cosmic Moonchild!

Participate in our newest event for a chance at the Good and Evil Cosmic versions of Moonchild. Good Moonchild is a 5★ Gunner with the Seven Angels, Seven Saints Passive ability which focuses on reviving your allies and extending your beneficial effects. Evil Moonchild has a more malevolent approach. This 5★ Assassin has the Seven Devils, Seven Sins passive which prevents enemies from reviving and will extend all negative effects on them at the start of your turn.

From now until April 10th at 5PM PDT, every non-Heroic Rare, Epic, Legendary Mythic, and Talisman Soul you open in the Book of Souls, regardless of where you earned it (Skull Quests, bought from Store, earned from Sacrifice, etc) will give you a guaranteed bonus of Seventh Seal Soul Fragments.

Collecting 1000 Fated Death Soul Fragments will create a Soul that has a 50/50 chance of summoning either 5★ Gunner Cosmic Good Moonchild or 5★ Assassin Cosmic Evil Moonchild.