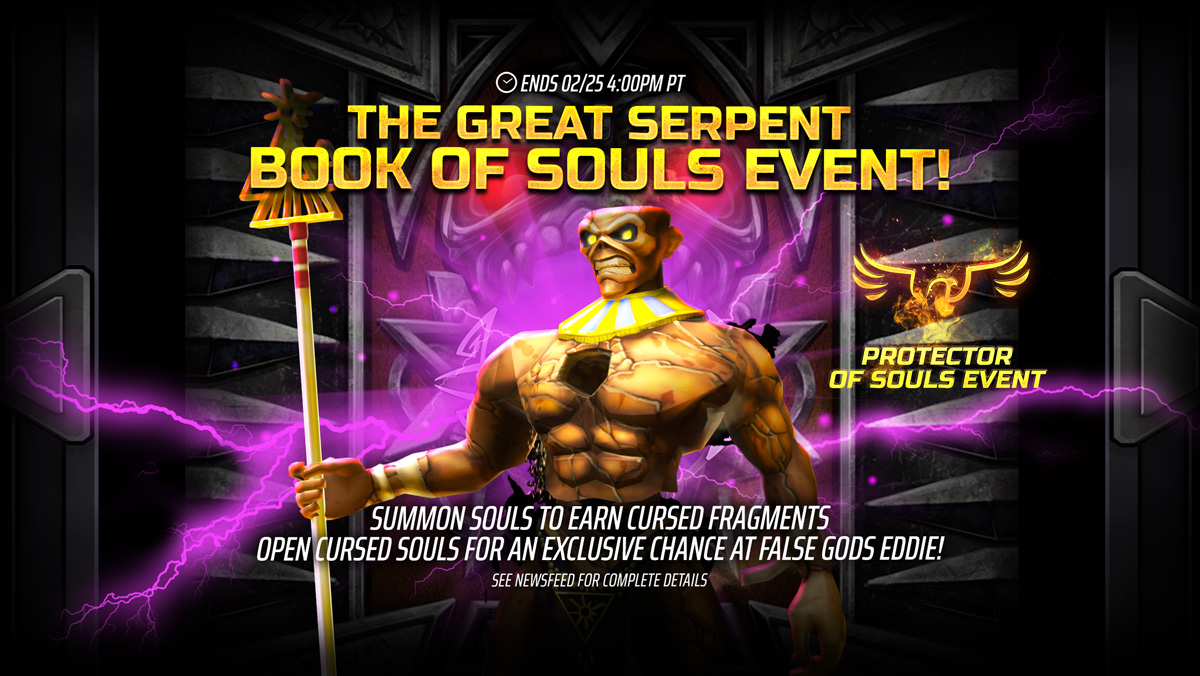 17 Feb The Great Serpent – Summon for a chance at False Gods Eddie!

Beware the Curse of the Pharaoh!

False Gods Eddie is our newest 5★ Magus who strikes enemies down with high powered magical attacks. He is immune to all Beneficial Effect blocks and will transfer negative effects from himself to all enemies at the start of his turn.

From now until February 25th at 4PM PDT, every non-Heroic Rare, Epic, Legendary Mythic, and Talisman Soul you open in the Book of Souls, regardless of where you earned it (Skull Quests, bought from Store, earned from Sacrifice, etc) will give you a guaranteed bonus of Cursed Soul Fragments. 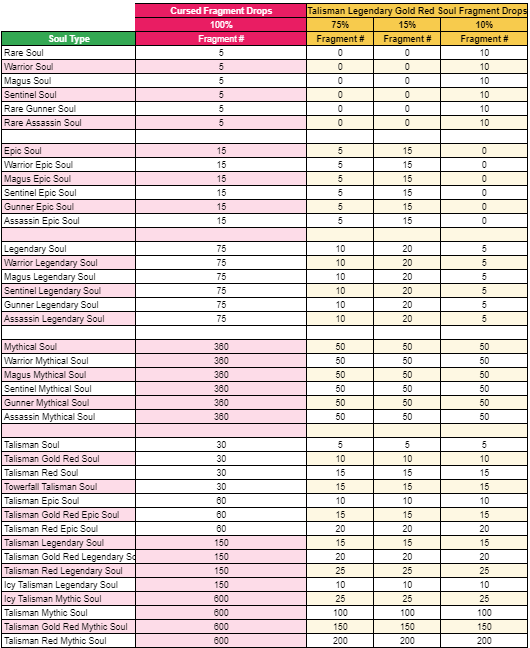