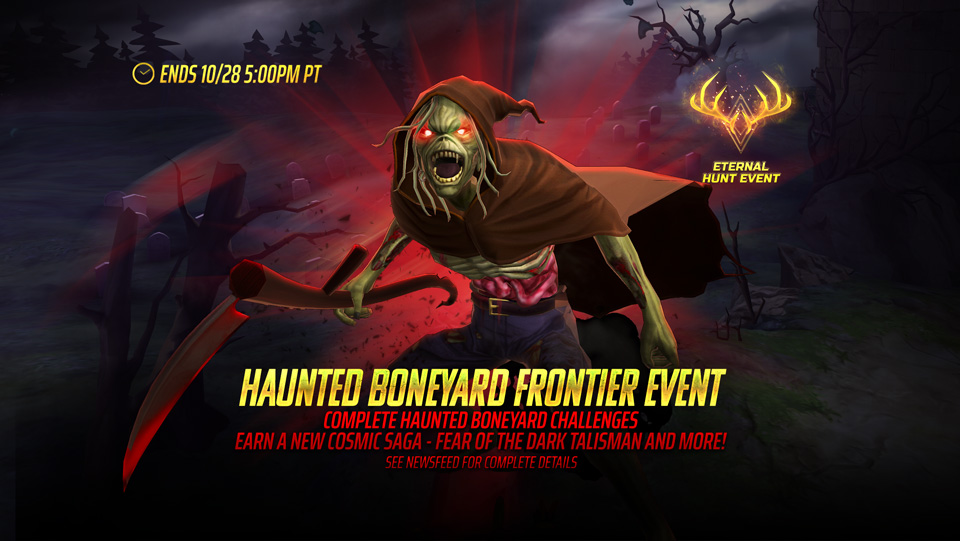 Once it is unlocked, The Haunted Boneyard Dungeon will be open for only 2 hours total. There are no limits on how many times the dungeon can be played within that time frame.

Troopers beware! This is a high challenge Dungeon with 4⭐ Gunner and Assassin Only Class Restriction, so be prepared!

All subsequent victories are guaranteed to provide XP Runes, as well as a chance of bonus rewards, including Haunted Pumpkins, Riposte and Courage Talismans, plus Hallowed and Graveyard Awakening Shards.

**IMPORTANT: If you open another The Haunted Boneyard Frontier Key Soul while the corresponding Dungeon is already open you will refresh that dungeon’s countdown timer.