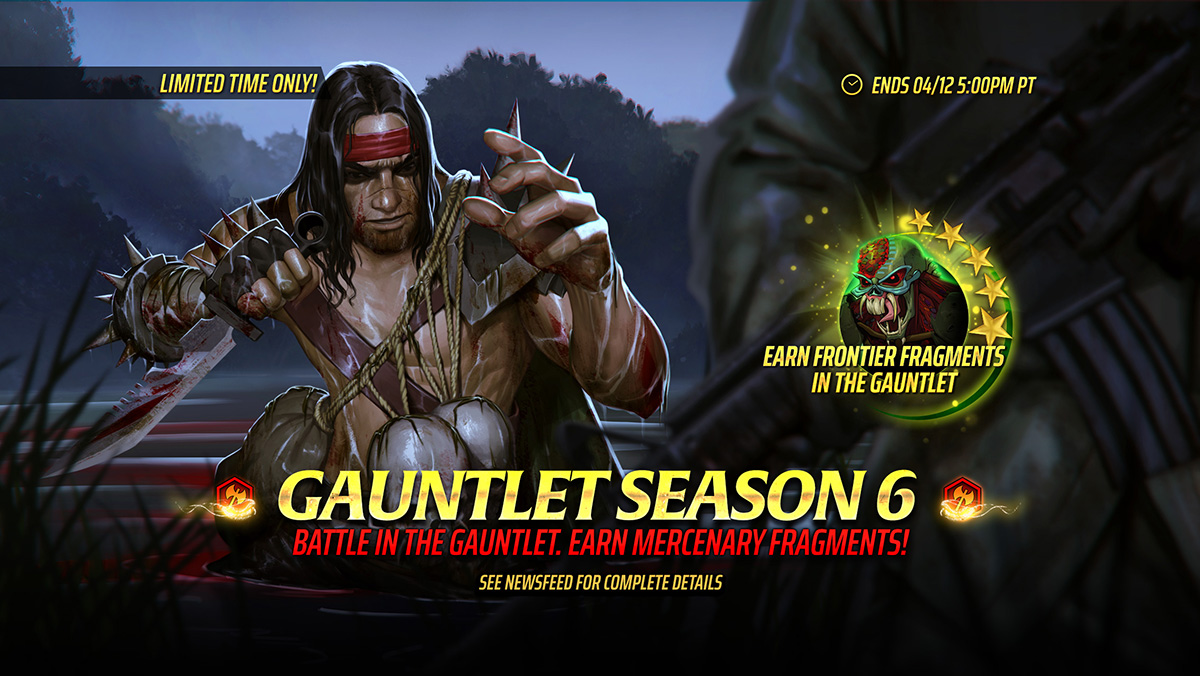 02 Feb The Mercenary is taking Legacy of the Beast by storm – Gauntlet Season 6 on NOW!

Earn The Mercenary from the Gauntlet!

The Mercenary is a 5 star Warrior hero-class ally with extremely potent skills. Armed with his combat knife, The Mercenary strikes from the shadows and dispatches foes with ruthless efficiency. His passive ability, Nowhere to Hide, ensures all his attacks land Perfectly, gives him Immunity to all Silence and Skill Disabling effects and grants his allies Perfect Vanish and Golden Trap for 2 turns at the start of battle. It will also ensure he gains Perfect Vanish for 2 turns after every action.

Beware the Mark of Diablo! The Mercenary is able to place this unique Mark on a random enemy at the start of his turn. The Mark of Diablo prevents the target from reviving, gaining beneficial effects, and causes them to take additional random damage equal to 10% of their MAX HP when they take damage.

You can earn Mercenary Soul Fragments and other Rare Rewards in Gauntlet Season 6!

You will have 10 weeks (until the end of Season 6) to earn enough Mercenary Fragments from the Gauntlet to summon him, after that he will be much more difficult to obtain, as he won’t be featured in any other soul.