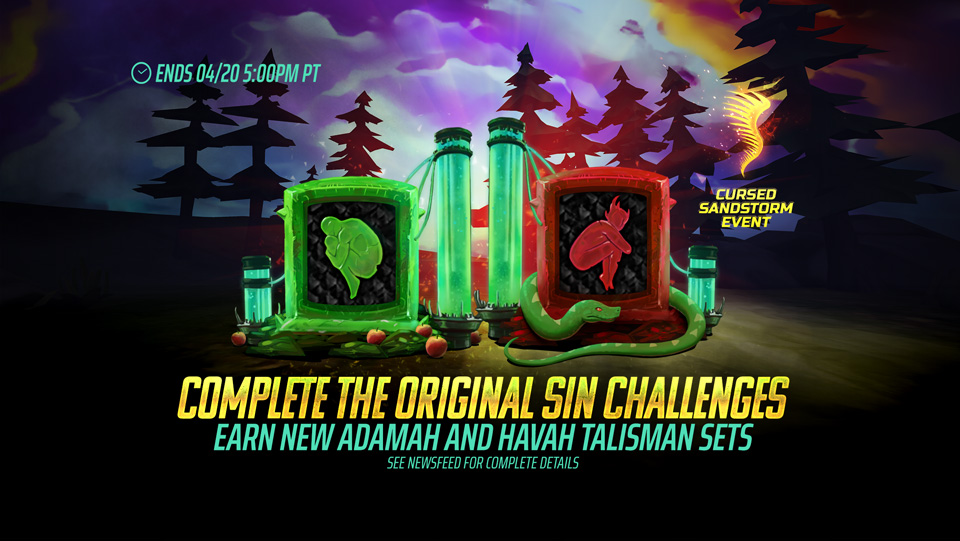 Adamah talismans are green talismans with a 3-set effect. Equip them to a character to gain the following effects:

Gain the following effects if a Havah talisman is active on self:
Reduce damage taken by 75%.
Gain a random beneficial effect for 2 turns whenever you take damage.

Havah talismans are red talismans with a 3-set effect. Equip them to a character to gain the following effects:

40% Chance to remove all Silver effects from self and a random ally when you take damage. Heal all other allies by 20% of their MISSING HP every turn. Heal by 50% of their MAX HP instead if you’re at 50% HP or less. Revive the first ally that dies in battle with Invincibility and HP Regen for 1 turn.

Gain the following effects if an Adamah talisman is active on self:
Immune to Stun Effects, Sleep Effects and Freeze Effects.
Prevent all enemies from healing until they die if at 50% HP or below at the start of your turn. This effect cannot be prevented, does not apply to bosses and is not recognized as a Heal Block Effect.