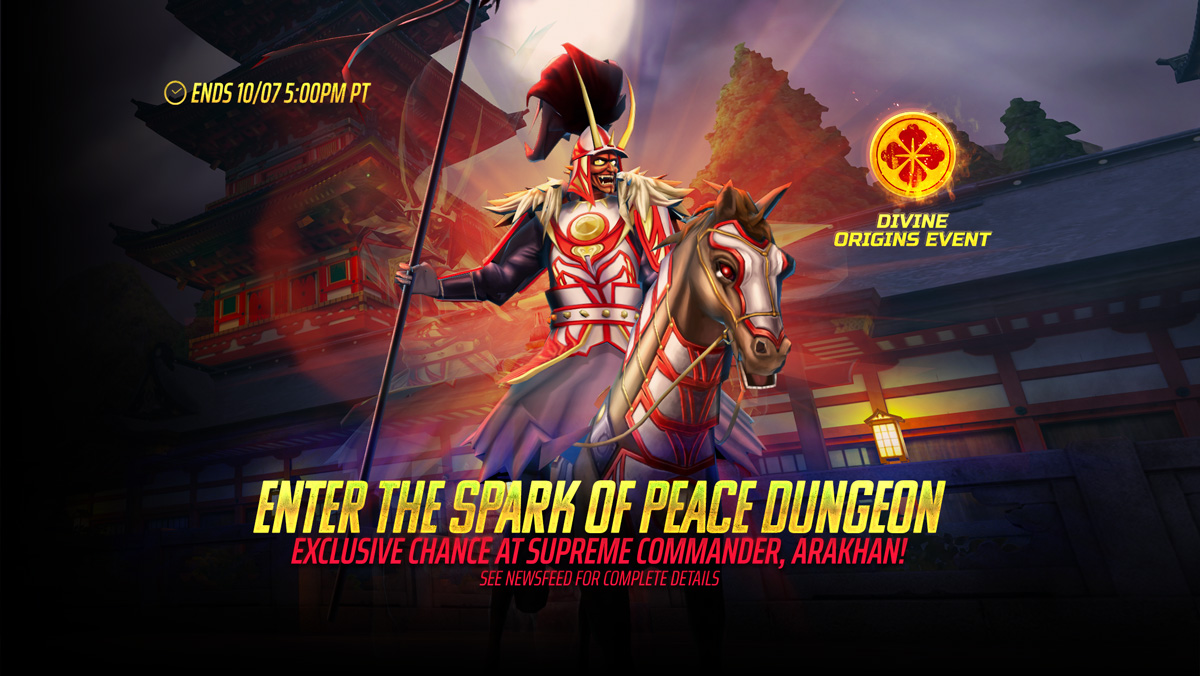 Supreme Commander of the Mongolian forces, Arakhan has made an unholy pact with a mysterious entity calling itself Otakemaru. Serving his soldiers to the corruption, his army has been blessed with the power needed to take the Japanese isles. Strike into the hear of you enemy with Arakhan, providing benefits for your Corruption. Pair the fearsome Demon King with other Oni infused characters for an additional dark boon!

Supreme Commander, Arakhan is the special edition version of Ghengis Khan, and comes with the all new passive ‘The Demon King’!

From now until October 7th, 5 PM PT, battle through 4 difficulty settings in the Spark of Peace dungeon for awesome rewards and an exciting new storyline!

Demonic Currency
Dungeon Fragments
A chance of up to 2 bonus rewards, including: [B]Riposte Talismans (Shield Subtype)[/B].

Demonic Currency can be traded in store for Corrupted Souls in bundles of 1, 3 and 10, Cosmic Oni Eddie Talismans, and Supreme Commander, Arakhan himself.