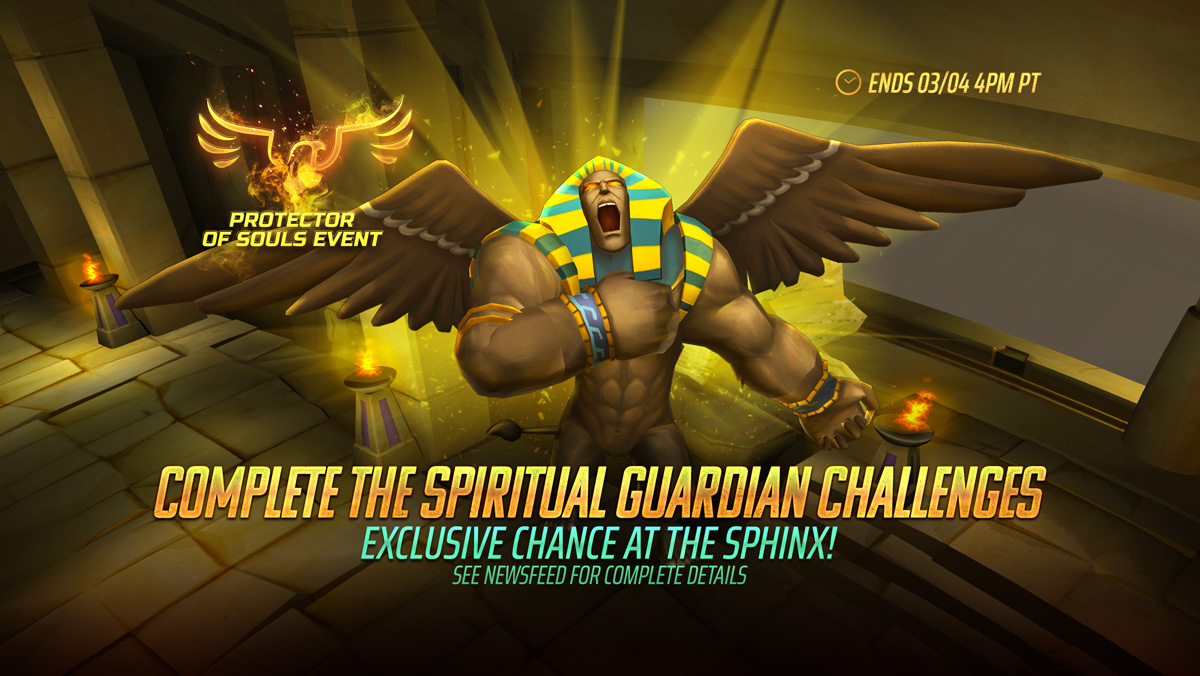 25 Feb The Spiritual Guardian (Variety) – Exclusive Chance at The Sphinx!

Beware the power of the Sphinx! They are able to Seal and Stun enemies and lay Traps on allies, while passively increasing their HP.

Ancient Treasure Currency can be traded in store for Unwavering Souls, Cosmic Upgrade Packs, and the 5* Sphinx! This event also features the return of the Cosmic Desert Deity Talismans.

The Cosmic Desert Deity Talisman provides an exclusive bonus when equipped to Powerslave themed Eddies and Egyptian God characters. This Talisman increases stats in battle, and reduces incoming damage. It will also make the wearer:

Grant Immunity to all Stop and Max HP Reduction effects, including Silver and Innate effects, to all allies until they die every turn. Cannot take more than 10% of MAX HP as damage from any single attack. Gain 1 Power, up to 10% Fury and a Random Beneficial Effect, including Golden effects, for 2 turns whenever you take damage. 50% Chance to grant each other ally an Extra Turn after every action.

You can learn more about this month’s featured event in the Protector of Souls event post here!

IMPORTANT: The Spiritual Guardian is the FINAL Protector of Souls associated event. Once this event ends you will no longer be able to collect Absolute Darkness Currency!