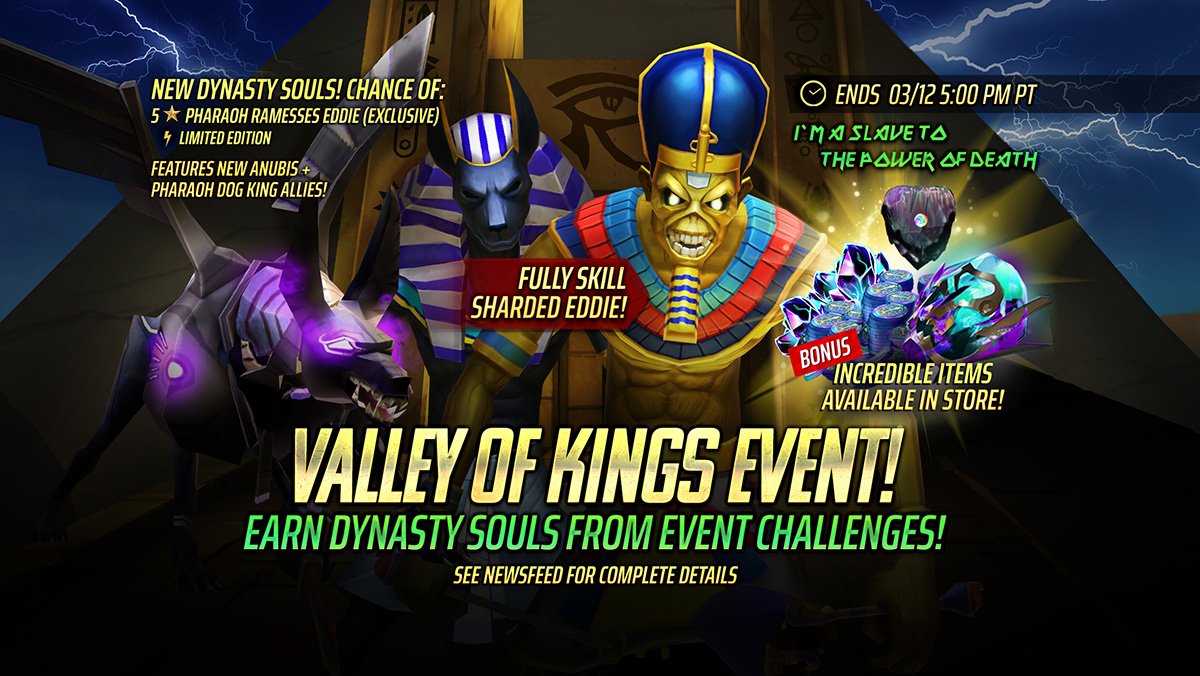 Pharaoh Ramesses Eddie, 2 new Pharaoh Dog Kings, and 4 classes of Anubis are making their Legacy of the Beast debut!

All 7 new characters are highlighted in the Dynasty Soul. The Dynasty Soul is a limited time event soul which guarantees a 3⭐ to 5⭐ character of any class, with an increased chance of 2 Pharaoh Dog Kings (Assassin and Gunner) 2 versions of Anubis (Assassin and Sentinel), PLUS an exclusive chance of Pharaoh Ramesses Eddie and the Magus & Warrior Anubis!

Dynasty Souls can be earned in one of three ways:

Ozymandias makes your Eddie unstunnable, grants Immunity and cleanses negative effects from allies at the start of your turn. This passive will also revive upon death with Invincibility for 1 turn.

Pharaoh Ramesses Eddie is ONLY available in the Dynasty Soul.

The Magus and Warrior Anubis are ONLY available in the Dynasty Soul. While they will occasionally be featured in Heroic Soul Rotations, these characters will NOT be added to any other Souls, making the Dynasty Soul your best shot at securing them.

Anubis (4⭐ Assassin): A team empowering character that gives all allies Immunity to Doom, Curse, and Permadeath.

Anubis (3⭐ Sentinel): A team wide healer who passively heals a random ally based on their missing HP every turn.