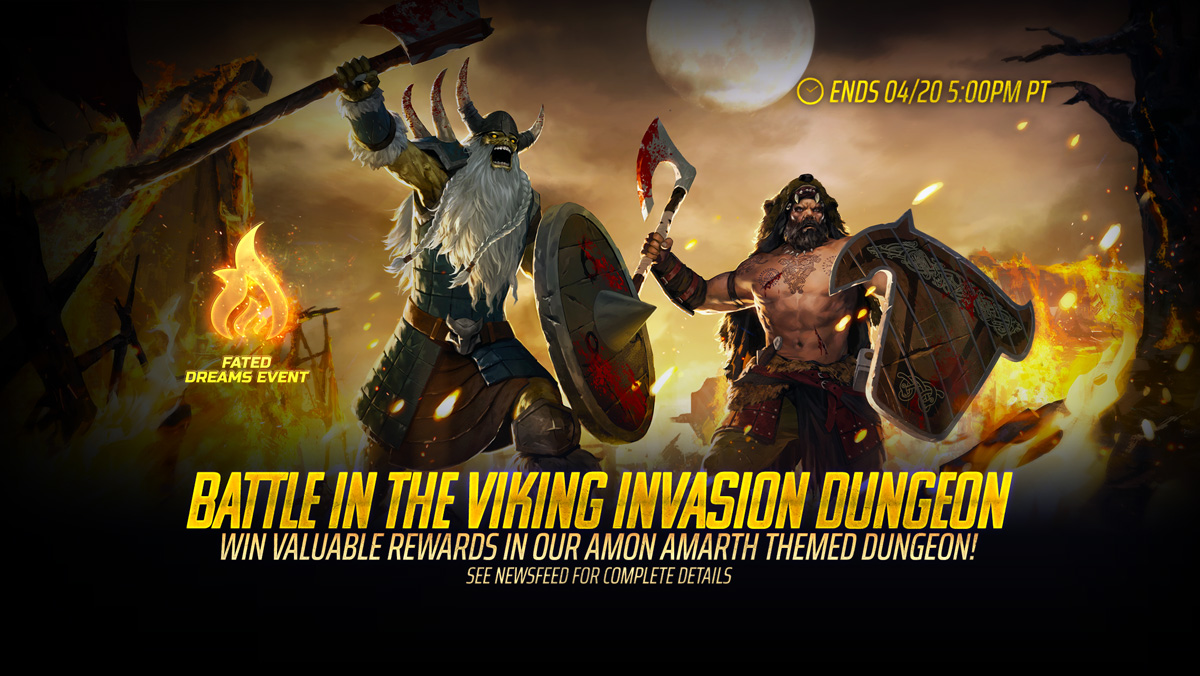 Posted at 17:07h in Blog, News by Cruz Rodriguez

It’s a Viking Invasion! For our first in-game collaboration with another major music artist we’ve teamed up with Swedish melodic death metal heavy hitters Amon Amarth. We’re bringing the fearsome Berserker who shares the name of Amon Amarth’s newest album to Legacy of the Beast.

You can earn the Berserker for free just by logging in! The Berserker calendar is running from April 13 to May 12th. Log in any 7 days during that period to earn awesome rewards including the Berserker himself on the 7th day!

Discover the Berserker’s story! From now until April 20th, 5 PM PT, battle in the Viking Invasion dungeon! This dungeon features an Amon Amarth themed script, 4 difficulty settings and is packed with valuable rewards!

Viking Currency can be traded in store for Vengeance Souls in bundles of 1, 3 and 10, and the new Warrior Angel!

Sagittarius Talismans are a red talisman with a 3-set effect. Equipping this set will do the following:

Heal each ally by 50% of their MAX HP if they have 3 or more Negative effects, including Silver effects after each action. Deal 3 additional hits of magical damage based on your ATK, to random enemies, after each action.

You can learn more about this featured event in the Fated Dreams event post here!

The Vengeance Soul is a limited time event soul which guarantees a 3★ to 5★ character of any class. This soul has an exclusive chance of summoning 5★ Warrior Angel.