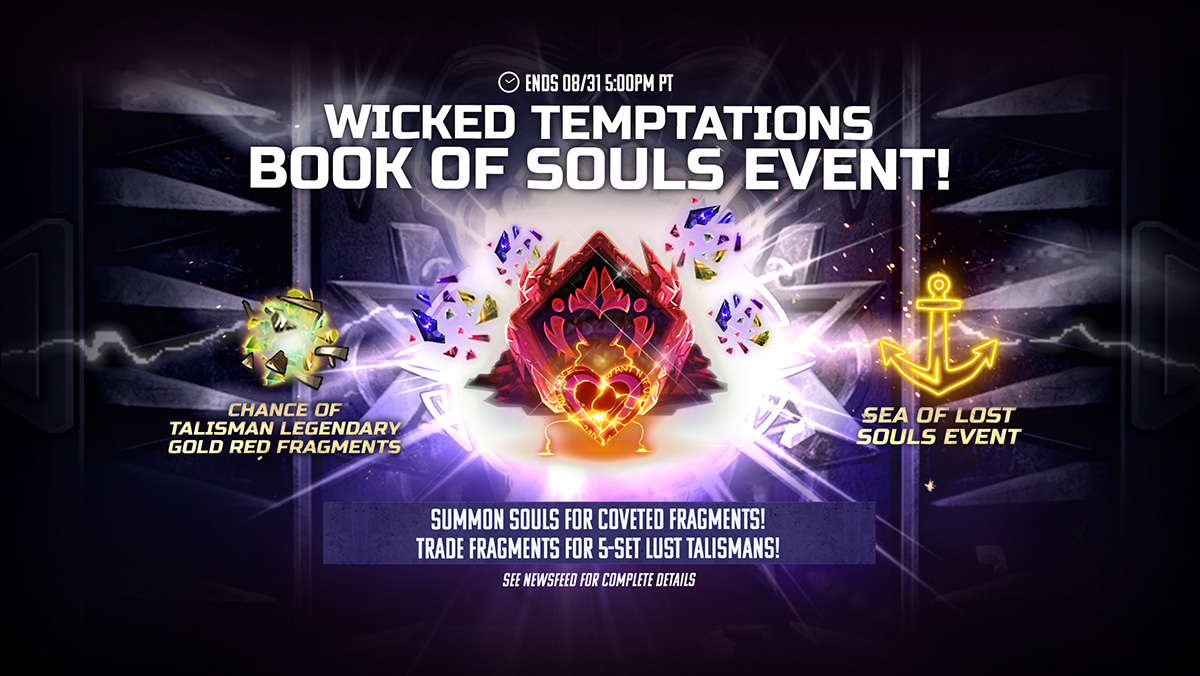 Earn Coveted Fragments by summoning Souls and trade them for Lust Talismans!

From now until August 31st at 5PM PDT, every non-Heroic Rare, Epic, Legendary Mythic, and Talisman Soul you open in the Book of Souls, regardless of where you earned it (Skull Quests, bought from Store, earned from Sacrifice, etc) will give you a guaranteed bonus of Coveted Soul Fragments with a chance at Talisman Legendary Gold Red Fragments.

Coveted Fragments can be traded in-store for rare rewards such as Sands of Blood, Talisman Soul Fragments and Lust Talismans!

The Lust Talisman is a red talisman with a 5-set effect not available anywhere else. It has the following effects:

Since the event Fragments are meant to be spent in store they will ‘loop’ if you claim them as a Soul (if claimed, one of these event souls will simply produce the same 500 Fragments, and 1 1* Gold Idol, thus returning the fragments used to create it, and the Gold spent to summon it). If you do not wish to spend these Fragments in store, you can always convert them into Precious Soul Fragments.

Shipwrecked Fragments are the event currency of the Sea of Lost Souls Event.

IMPORTANT: Wicked Temptations is the FINAL Sea of Lost Souls associated event. Once this event ends you will no longer be able to collect Shipwrecked Fragments! 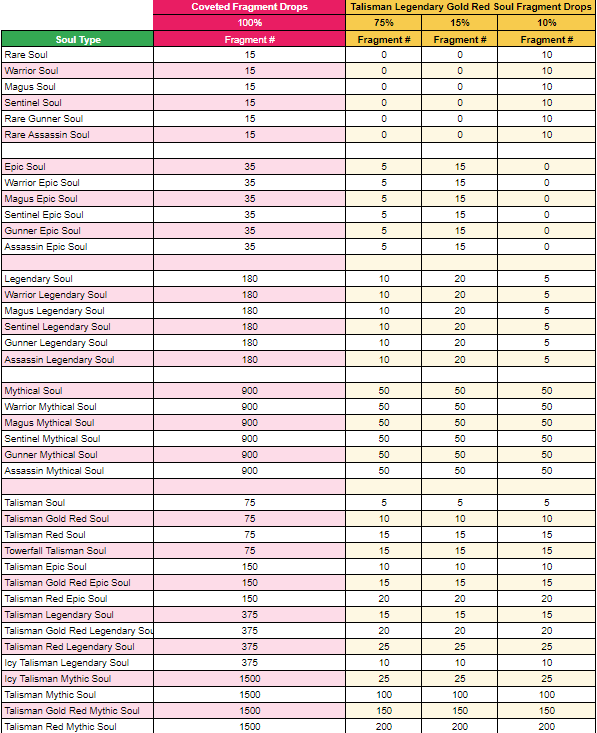