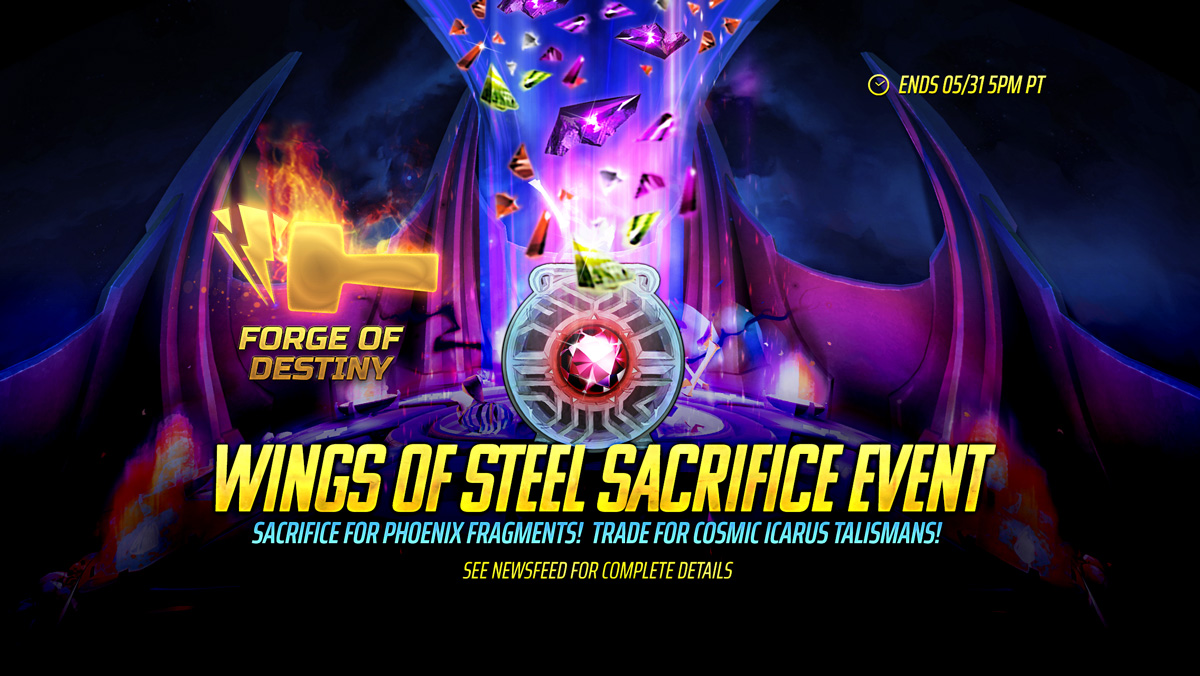 From now until May 31st at 5PM PT, earn bonuses from each tier of Sacrifice, in addition to normal sacrifice rewards:

New Cosmic Icarus Talismans can be equipped to Icarus, Daedalus, Flight of Icarus Eddie and Fallen Icarus Eddie! They will increase all stats in battle, reduce incoming damage, increase damage dealt to enemies and will disable the passives of up to 3 enemies for 1 turn. This Talisman will also allow you to avoid taking damage for 1 turn, and will revive a random ally every time you take damage the first time you reach 1 HP in Battle.

Since Phoenix Fragments are meant to be spent in store they will ‘loop’ if you claim a Phoenix Soul (if claimed, a Phoenix Soul will simply produce 500 Phoenix Fragments, and 1 1* Gold Idol, thus returning the fragments used to create it, and the Gold spent to summon it). If you do not wish to spend these Fragments in store, you can always convert them into Precious Soul Fragments.