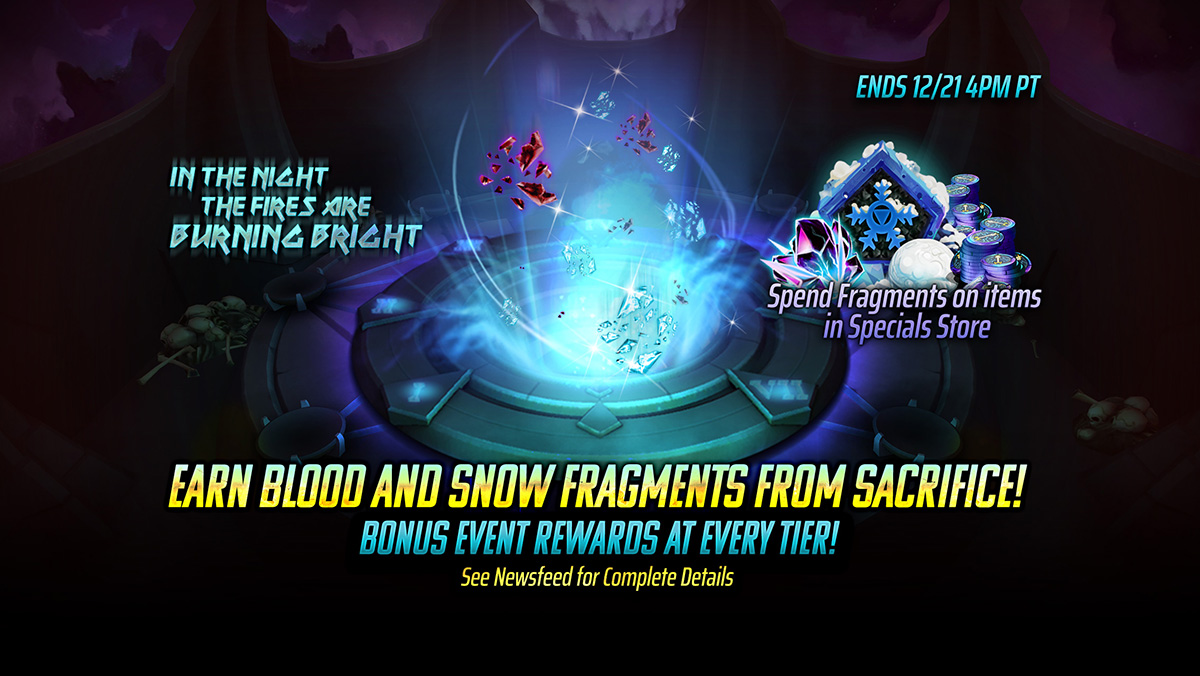 From December 13th until December 21st at 4 PM PT, Snow Fragments are event rewards that appear as a bonus from each tier of Sacrifice, in addition to normal sacrifice rewards!

Bonus **reward breakdown in the table below:

These event fragments can be used in 2 ways:

Items available for Snow Fragments include:

Snow Talismans are blue talismans with a 3 set effect that is not available anywhere else! Equip a full set to gain a Snow Shield for 2 turns at the start of battle as well as Immunity to Freeze, Stun, and Taunt effects.