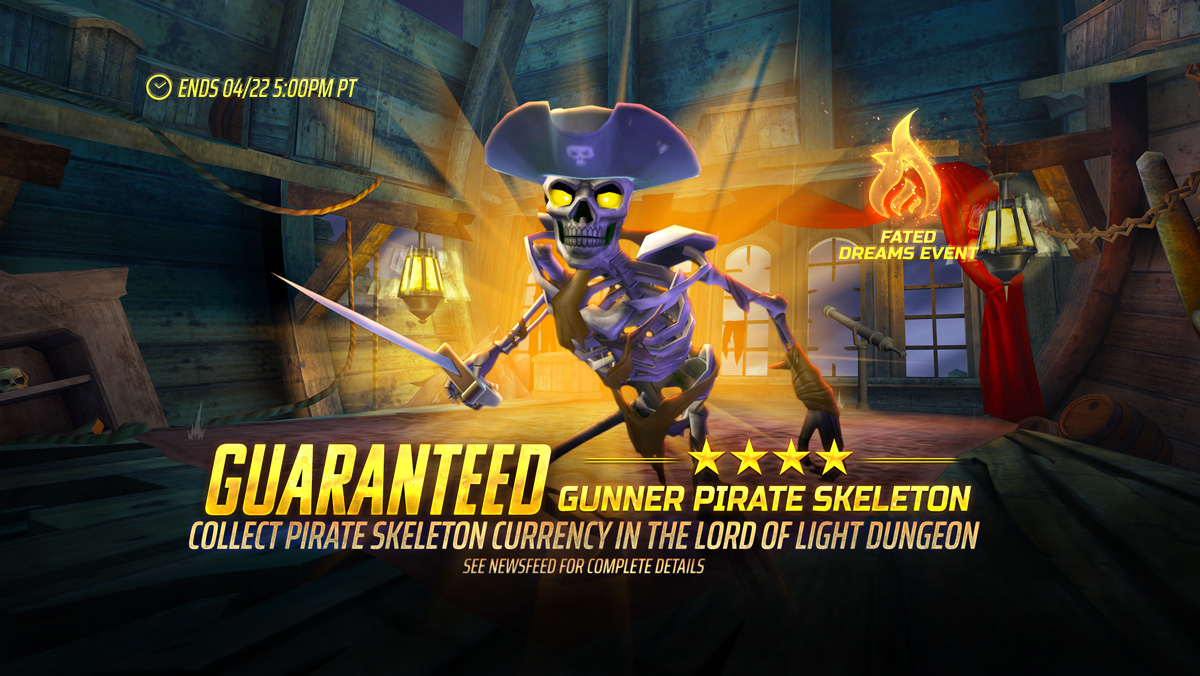 The Pirate Skeleton joins the cast as a new 4⭐Gunner in Legacy of the Beast. This veteran of the high seas looks out for his team by removing negative effects and giving them Sleep Shields. He also ensures his enemies a swift path to Davy Jones’ Locker by inflicting them with Silence and Sleep!

This 4⭐Ally event will also feature 3 Event Challenges which will reward a variety of items including XP Shards, Frontier Keys and Nightmare Currency.

You can learn more about this featured event in the Fated Dreams event post here!

The Cosmic Aesir Talisman provides an exclusive bonus when equipped to Thor Eddie or Odin. This Talisman increases stats in battle, and reduces incoming damage. It will also make the wearer:

Immune to Magic Damage. Gain Immunity to Damage for 1 turn if Magic Penetration or Ascension are active on self at the start of battle and at the start of your turn. 35% Chance to Gain 1 Power and inflict Shock, Stun or Freeze on attacking enemies for 2 turns when you take damage.