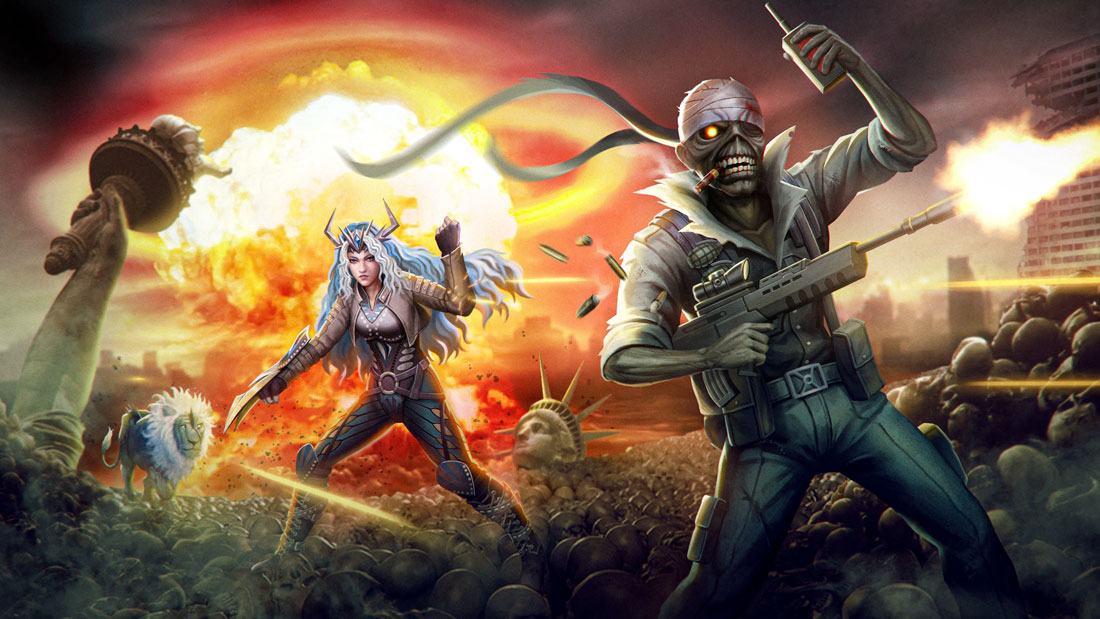 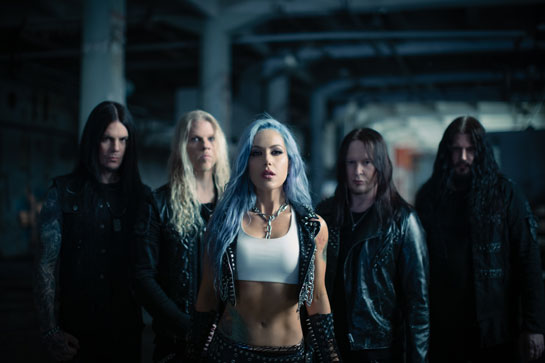 In May 2022, we teamed up with Swedish extreme metal band Arch Enemy for another incredible in-game collaboration.

Queen Beast made her Legacy of the Beast debut on May 19th. This regal warrior harnesses the fierce powers of her animal friends, striking fear in the heart of all who oppose her!

Learn more about this collaboration and see Arch Enemy discuss Iron Maiden, the game and more in the video below!

A gutted post war dystopian wasteland. Society at large is witnessing the rise of a mutant species, a creature that is the product of the nuclear war. They are driven to destroy all of what is left of the natural world ; human and animal kind. Queen Beast and her Companion Grayclaw must work together with Doomsday Eddie to gather survivors and re-build the community, while fighting mutant henchmen. Future generations’ survival lies in their hands.

In a post-apocalyptic wasteland, humanity struggles to cling to life and survive off the land.

An expert survivor, Queen Beast never sleeps- able to keep her allies alive long enough to strike the killing blow. Players who need a hardy and deadly ally on their team need to look no further.

Players were able to earn Queen Beast for free by logging in for 7 days over the course of a month. Take a look at the free calendar below! 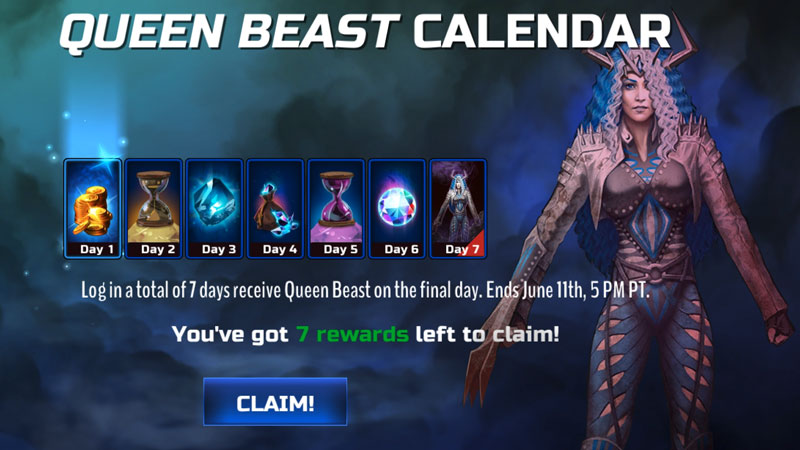 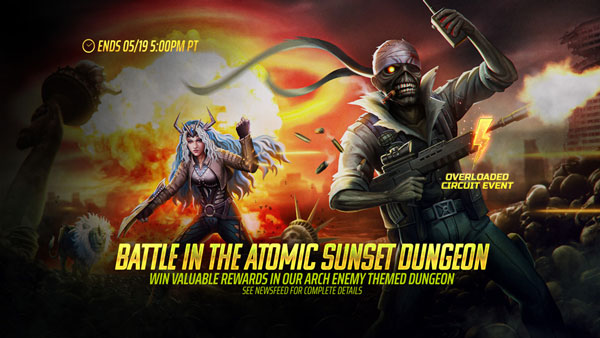 Players got a look at Queen Beast in action during the Atomic Sunset dungeon event. This dungeon was available from May 12th-19th and was an ode to both bands’ lore taking its themes from Iron Maiden’s song ‘2 Minutes to Midnight’ as well as the lyrics and video for Arch Enemy’s new single ‘Sunset Over the Empire’.

Atomic Sunset featured an Arch Enemy themed script, and 4 difficulty settings with epic rewards. Doomsday Eddie leads Queen Beast and her loyal companion Grayclaw as they fight back droves of ravenous mutants. Can they save what’s left of the natural world?