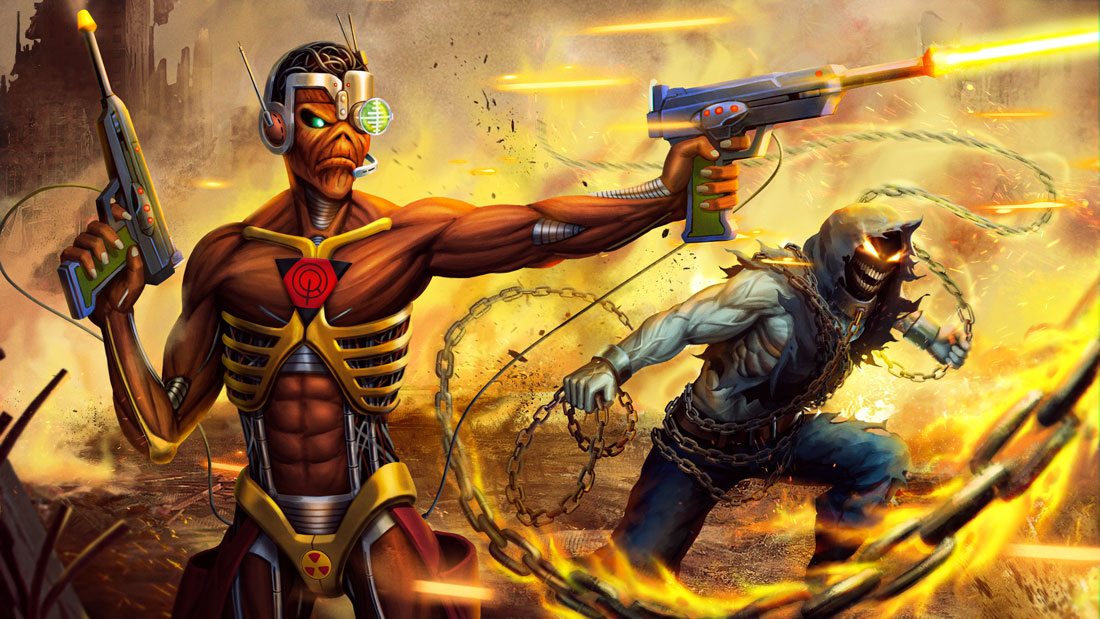 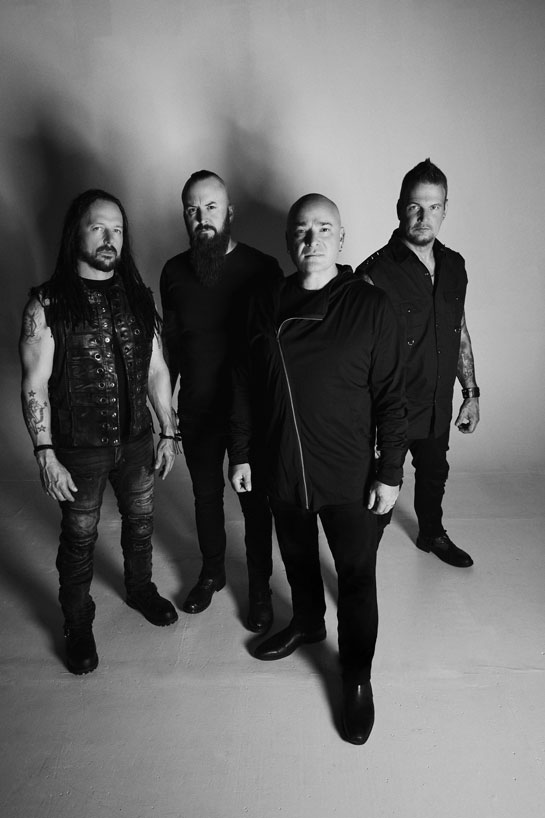 In February 2022, we teamed up with American rock legends Disturbed for another incredible in-game collaboration.

Disturbed’s mysterious mascot is making his Legacy of the Beast debut. The Guy is the literal spirit of vengeance and a formidable warrior who travels the universe on a mission to topple tyrants!

Learn more about this collaboration and see Disturbed discuss Iron Maiden, the game and more in the video below!

Cyborg Eddie and the The Guy have been summoned through time and space to the Polvo Valley, a small town transformed into a hyper-sanitized, machine driven industrial city, where Eddie and The Guy are dead-set on punishing the hubris of the city’s corporate overlord- Brian Kek.

These two eternals, personifications of the will of the universe, will butt heads at first- but quickly realize their goals are in tandem and will scale the Kek Tower, confronting the CEO before discovering the depth of his hubris.

The spirit of vengeance is here!

The Guy is able to smash his foes with the power of ten thousand fists- dealing multiple hits of devastating damage to an enemy until they are nothing but a memory.

His passive, The Vengeful One, makes him incredibly hard to kill, and allows him to dish out punishment to enemy teams stupid enough to cross him! 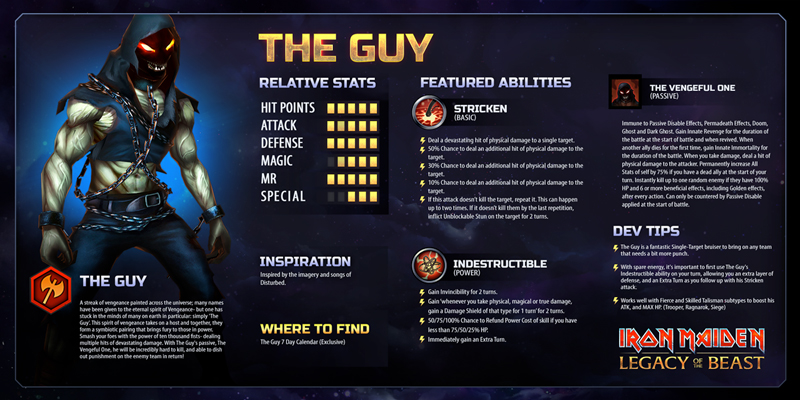 Players were able to earn The Guy for free by logging in for 7 days over the course of a month. Take a look at the free calendar below! 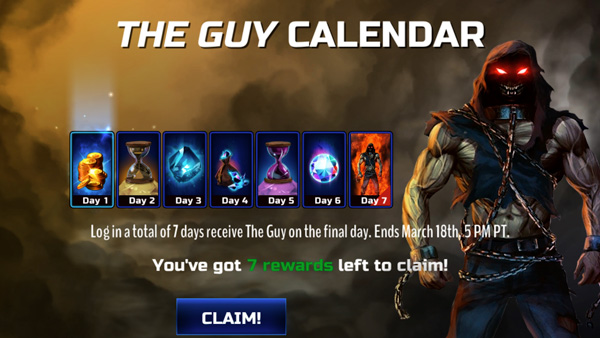 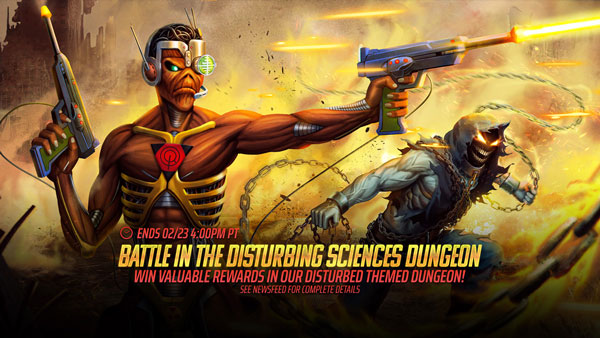 Players got a look at The Guy in action during the Disturbing Sciences dungeon event. This dungeon was available from February 16th-23rd and was an ode to both bands’ lore taking its broad themes from the cover of Iron Maiden’s “Somewhere in Time” album and Disturbed: Dark Messiah, a five-part comic book series where The Guy makes his comic book debut.

Disturbing Sciences featured a Disturbed themed script, and 4 difficulty settings with epic rewards. Cyborg Eddie leads the charge as he and The Guy bring the metal to Brian Kek, a power hungry industrialist who will stop at nothing to push technology to its extremes. Can they stop Kek’s master plan?