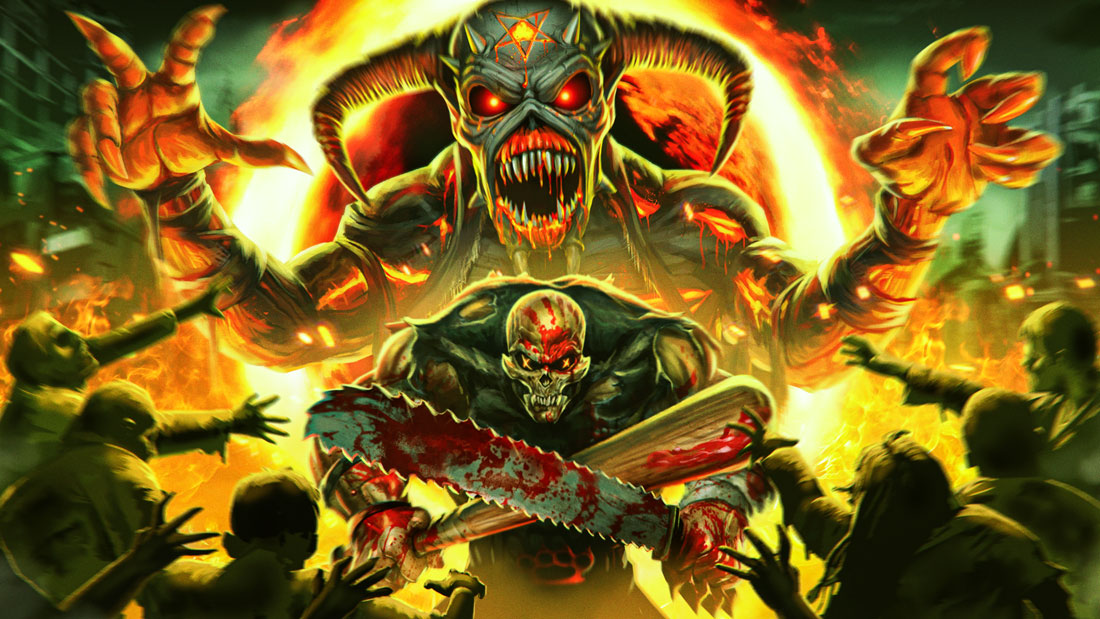 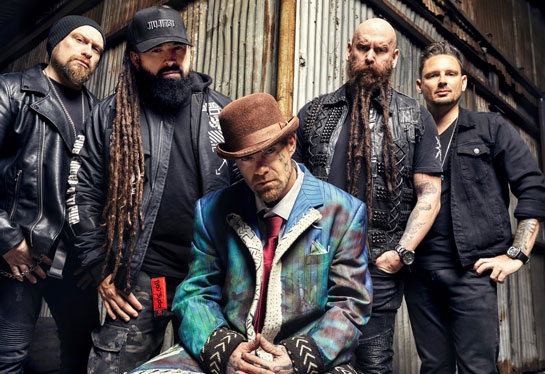 In July 2022, Legacy of the Beast had another major in-game collaboration, this time with American multi-platinum Powerhouse, Five Finger Death Punch!

Knucklehead made his Legacy of the Beast debut on July 11th. This brutal but courageous warrior has his fists at the ready, punching his way through the enemy forces and countering any foe that dares attack his allies.

Learn more about this collaboration and see Five Finger Death Punch discuss Iron Maiden, the game and more in the video below!

The week-long event took fans and players on a journey with Magma Beast Eddie and Knucklehead, a fierce warrior and a brutally efficient combatant who also guards the gate to Purgatory. As civil war wages in Hell, demons and devil-kin pour out to take advantage of the chaos. The gate to Purgatory, the most exposed entrance to Hell, is overrun. Even a powerful warrior such as Knucklehead has his limits, and as the demons escape through the gate, a mysterious new individual makes his presence known, offering assistance – but at what cost? 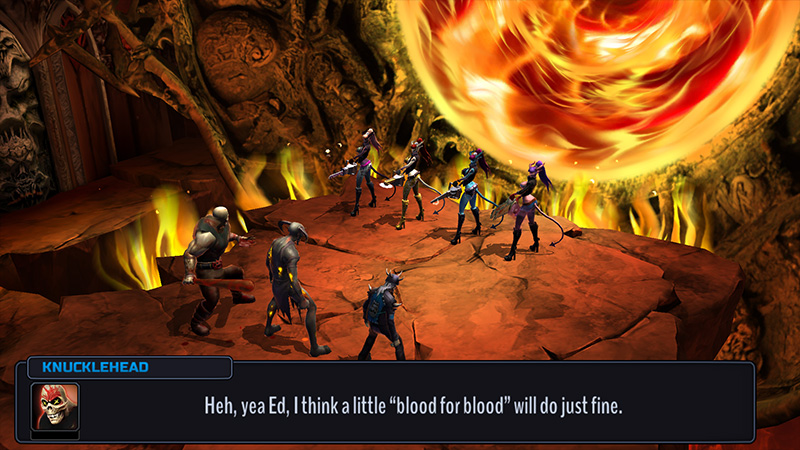 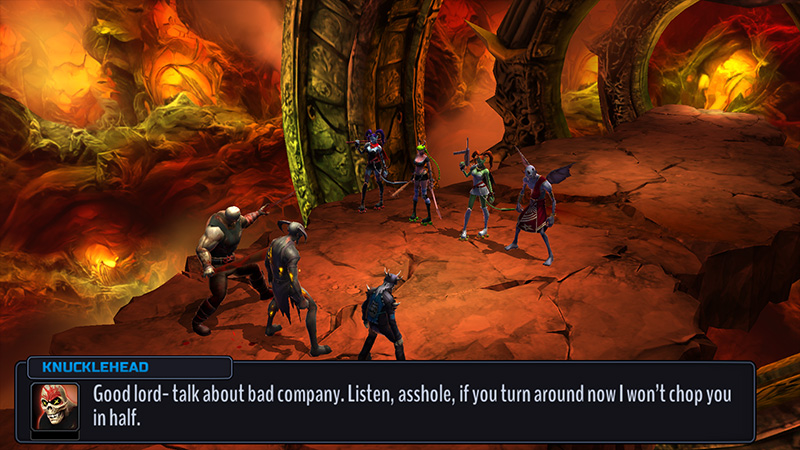 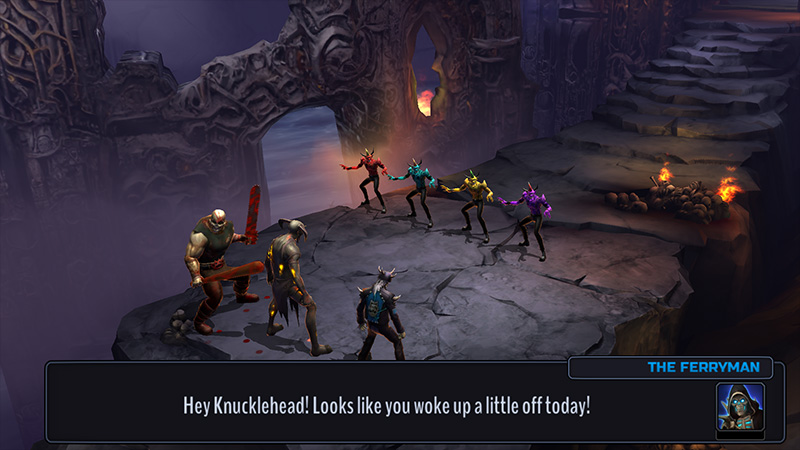 Take your enemies to Death Punch Therapy! Knucklehead is a great bruiser for not only beating down opponents, but also guarding your team from attacks!

This champion is a great fit on any team needing a bit more oomph to their strategy- punching his way through enemy forces and coming back for more punishment again and again. 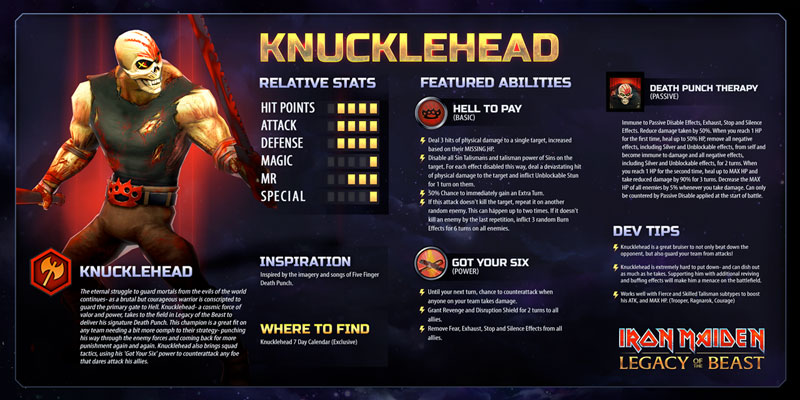 Players were able to earn Knuckehead for free by logging in for 7 days over the course of a month. Take a look at the free calendar below! 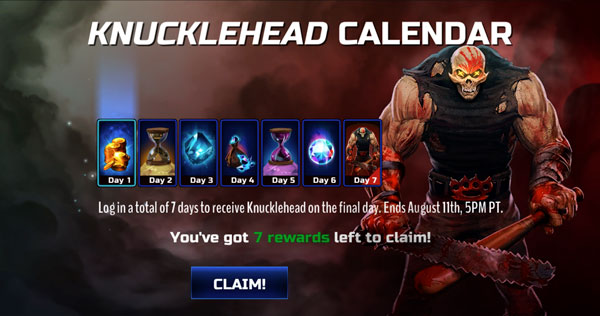 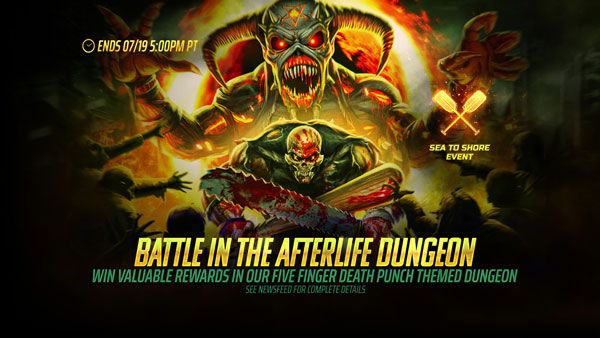 Players got a look at Knucklehead in action during the Afterlife dungeon event. This dungeon was available from July 12th-19th and was inspired by Five Finger Death Punch’s upcoming ninth studio album, also title AFTERLIFE & Knucklehead, a familiar face featured on many of their album covers. Knucklehead teams up with Magma Beast Eddie, a scheming denizen of Hell itself, born of fire and darkness. This Eddie was released as a special edition of Beast Eddie, uniquely created for Legacy of the Beast during Iron Maiden’s 2019 world tour.

Afterlife featured a Five Finger Death Punch themed script, and 4 difficulty settings with epic rewards. Magma Beast Eddie fights his way through hell with Knucklehead at his side. Can they unite to stop the maelstrom of demons vying to escape!