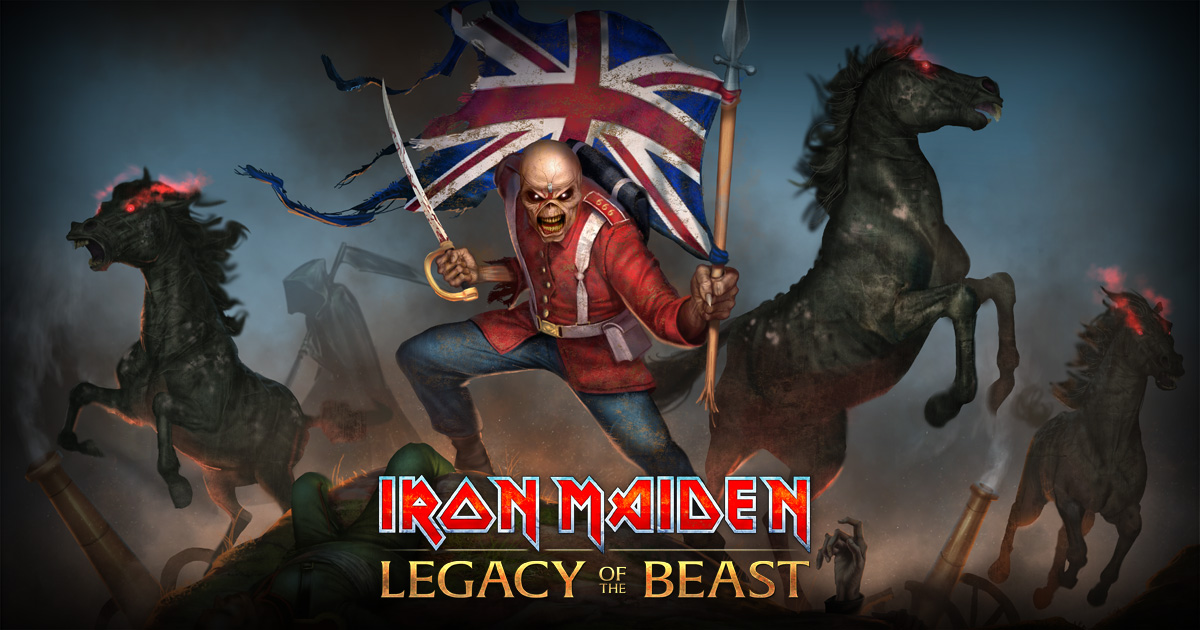 Trooper Eddie charges into Iron Maiden: Legacy of the Beast!

This furious 5⭐Warrior is available exclusively from the Trooper Soul. The Trooper Soul also contains 3 other battle ready 5⭐characters:

Start collecting all 4 fierce fighters today! Trooper Souls are a permanent addition to the game, and are earned through use of the Trooper system. Play with your Troopers every day to earn badges. Trade your badges into the Trooper store to claim either:

⚔️BONUS! For a limited time, you can also earn Trooper Soul Fragments for Gold, Iron Coins and Ironite in our Troopers Unite event. Get all the event details here!

Purchase all Eternity and Trooper Soul Characters directly in the Frontier Shop! Not only does the Frontier shop give you a guaranteed way of earning the 5⭐Eternal or Trooper Character you want, it also offers other high value items such as Skill Shard packs and Mythic Souls (guaranteed 5⭐character!)

Ease into the Trooper system with three new NPC Troopers:

All of these Troopers are automatically added to all players’ Trooper lists, and become stronger as you achieve certain Player Ranks. These new additions do not count towards your Trooper limit, but can be used like any other Trooper to get an additional 25 Trooper Badges whenever they’re used!

Our latest update has also added a “Campaign Tracker” to the Cosmos worlds! This tracker indicates the percentage of Skulls earned for the last-played difficulty in each world.

Earn 100% of the skulls for a world and the progress meter will display a golden frame!

In addition to new features and characters, we have also crushed a number of bugs in this update. Some issues solved and improvements include the following:

Read more about this update, and other bugs we’ve solved in the LOTB newsfeed: http://m.onelink.me/49d39710