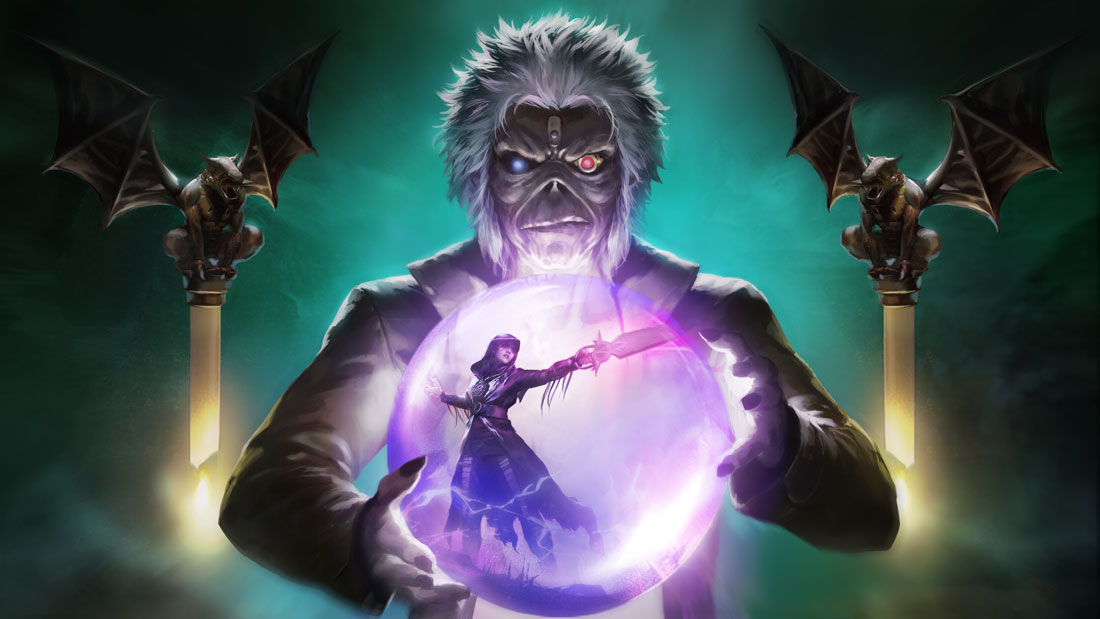 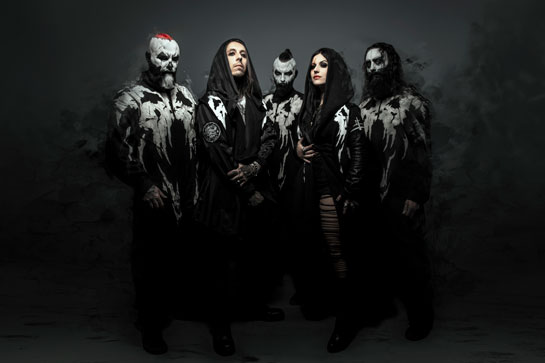 On June 7th of 2021, Iron Maiden’s Legacy of the Beast free-to-play mobile game welcomed Italian metal band Lacuna Coil and introduced the Shadow Sorceress who was inspired by their 2019 album, Black Anima.

Learn more about this collaboration and see Lacuna Coil discuss Iron Maiden, the game and more in the video below!

The week-long event took fans and players on a journey to find a malevolent entity that has become a harbinger of other evil creatures.

It’s within these forsaken lands that Iron Maiden’s famous mascot Eddie and his eternal confidant and guide, the wise and ancient Alchemist encounter the Shadow Sorceress, a mysterious wielder of dark arcane power. She has been drawn to the area, with a keen interest in what she calls the “Black Anima”.

With the help of Eddie and the Alchemist, their goals are seemingly in line as they battle their way through waves of monsters. 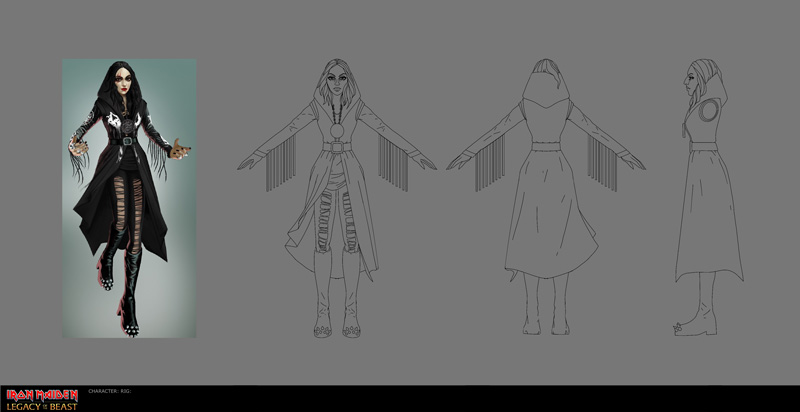 Iron Maiden: Legacy of the Beast wanted a character that would fit perfectly into a story with Mystic Eddie, a fully-fledged seer that can control his visions (based on Maiden’s classic track ‘The Clairvoyant’ from their legendary ‘Seventh Son of a Seventh Son’ album).

The result of this collaboration is a dungeon entitled ‘The Search for the Black Anima’ & The Shadow Sorceress, a character influenced by Lacuna Coil’s interest in the creative force that comes from the ‘shadow side’. This wicked wielder of dark magic harnesses her rage and transforms it into powerful spells. 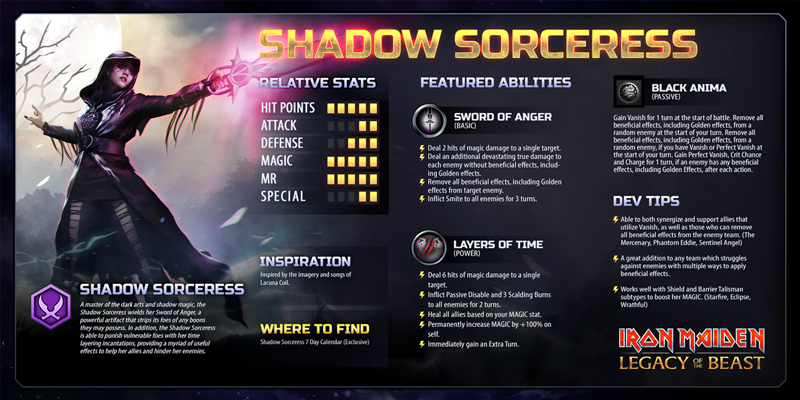 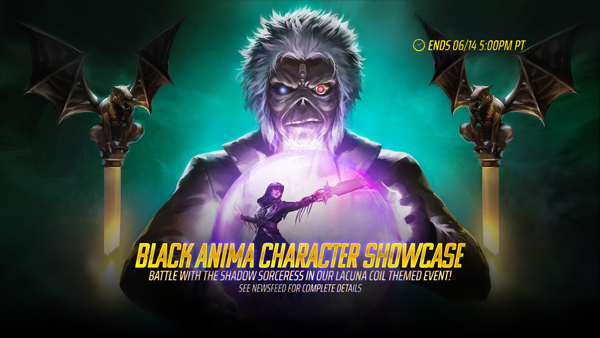 Players got to see the Shadow Sorceress in battle in a character showcase event! This event was accessible for players both new and seasoned, featuring just 1 difficulty setting and a brand new story.

Mystic Eddie leads the Alchemist and the Shadow Sorceress into battle to search for the fabled Black Anima! All 3 characters were permanent companions anytime you battled in that area, leaving you 1 character slot to bring the ally of your choice.