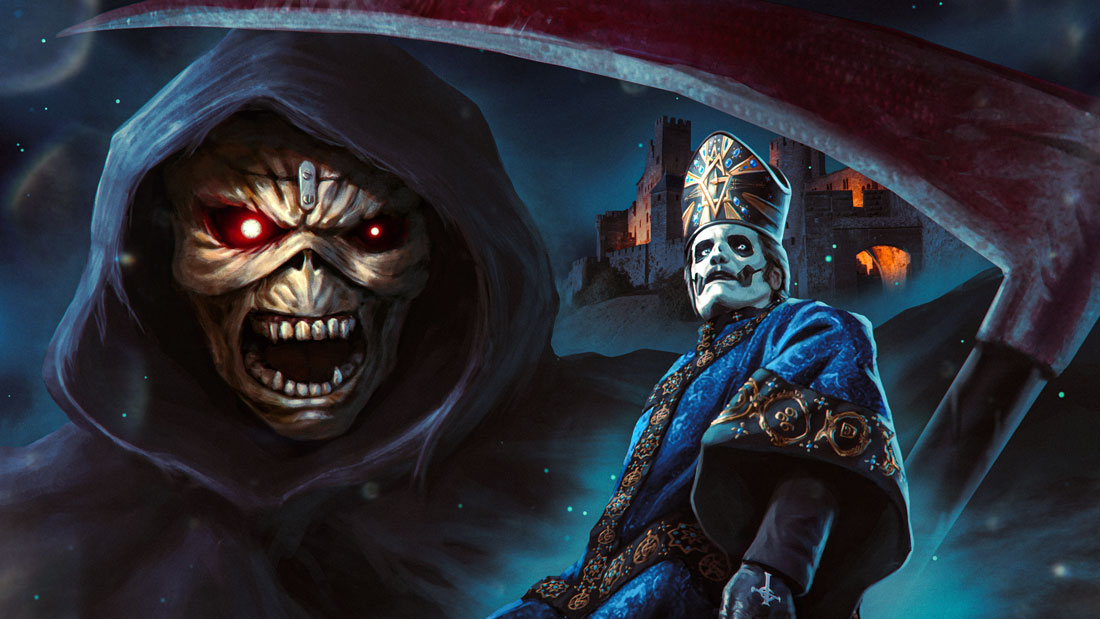 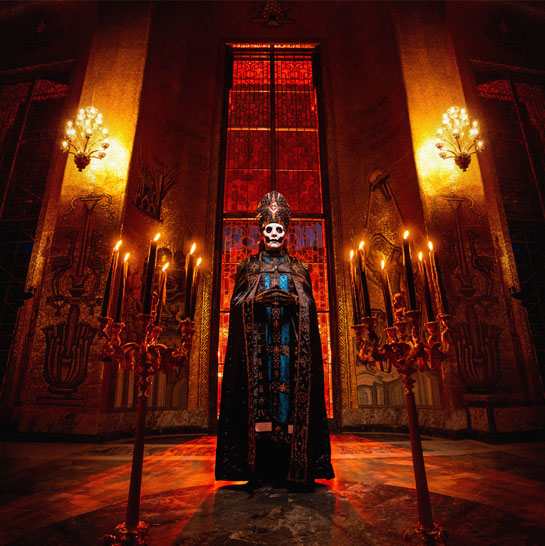 In October of 2021, we teamed up with Swedish metallers Ghost! Where Papa Emeritus IV made his LotB debut on October 13th.

Learn more about this collaboration and see Ghost discuss Iron Maiden, the game and more in the video below!

Eddie and Papa IV and both invited to a mysterious party in TransyLvAnia (Taken from the intro to A Dance Macabre). They soon discover that things are going to get out of hand, even faster than usual, as a sinister force has mastered the power to mimic the unbindable will of these sentient powers of free will and individuality, in an effort to bind them to its control.

Together they must fight through the hordes of mind-controlled revelers to confront the corrupted mimic, Cardinal Immortus (a clone of Papa Emeritus).

Papa Emeritus IV rises to power! This former Cardinal is a spell caster who pressures the enemy with his powerful magic and specialized synergy. His passive ability, Life Eternal, anoints his allies, blessing them with increased stats and bestowing a variety of powerful effects. 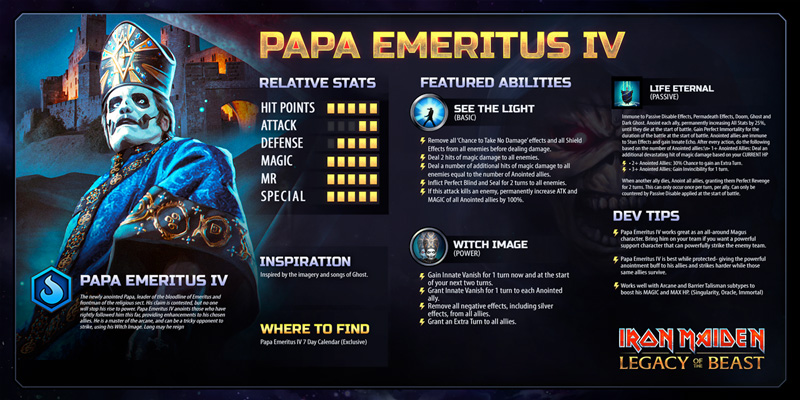 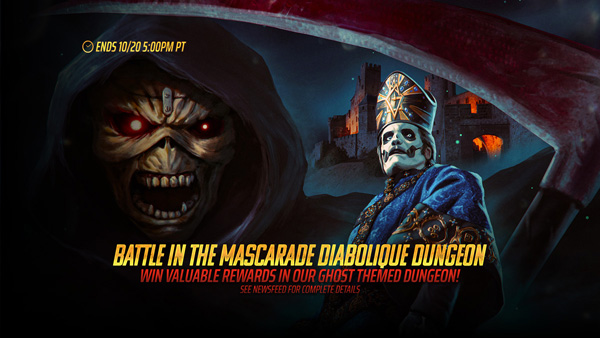 Players got a look at Papa Emeritus VI in action during the Mascarade Diabolique dungeon event. An event created as an ode to both bands’ lore taking its broad themes from the cover of Iron Maiden’s 2003 album “Dance of Death” and the video for Ghost’s 2018 song, ‘Dance Macabre,’.

Mascarade Diabolique featured a Ghost themed script, 4 difficulty settings and was packed with valuable rewards! A demonic power has arisen…and it’s throwing a party! Grim Reaper Eddie leads the Dancer of Death and Papa Emeritus into battle at a deadly mascarade!