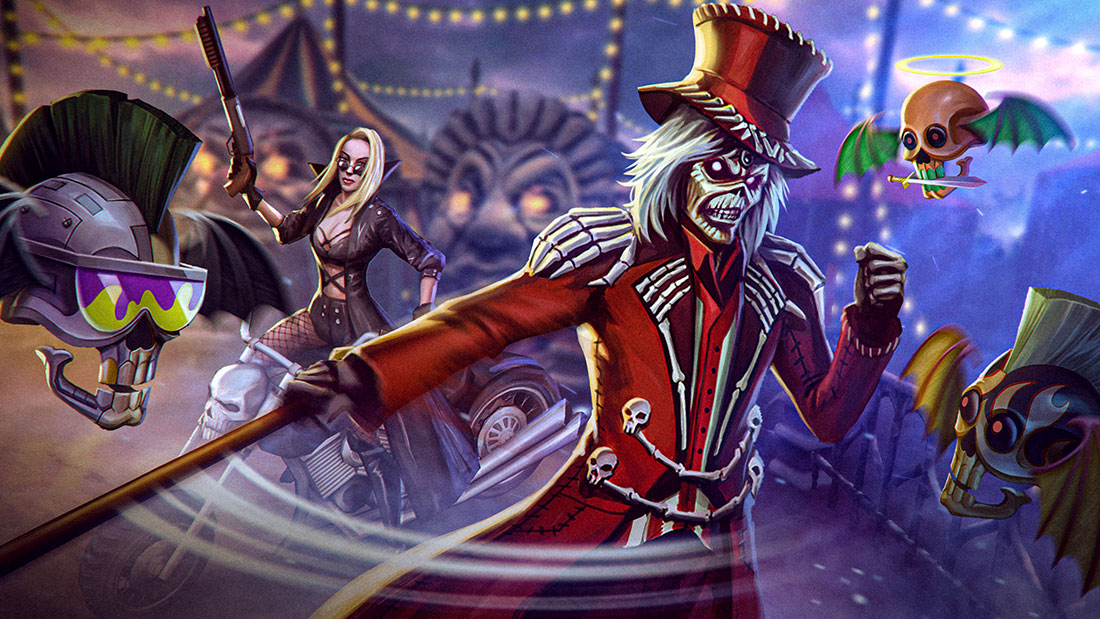 In October 2022, Legacy of the Beast teamed up with Avenged Sevenfold’s Deathbats Club for an awesome in-game collaboration. 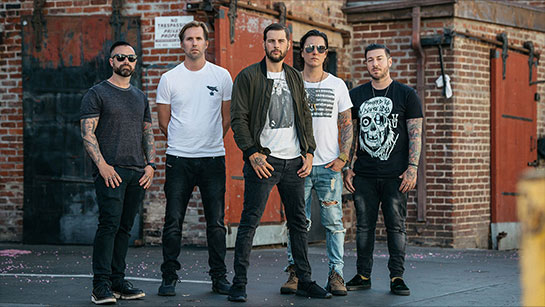 Earlier this year, the Deathbats Club held an exclusive contest on the official Deathbats Club Discord channel for members of the DBC to have their bat featured in Legacy of the Beast! 25 semi-finalist were chosen but only 3 were turned into official playable characters in the game.

Introducing the Deathbats! These undead carnies and scoundrels inflict negative effects on enemies, working together to crush anyone who stands in their way – no matter how many lives it takes.

Learn more about this collaboration in the video below!

This 13 day long event ran through the Halloween season. The Nightmare Carnival has moved into town – a must-see event for all girls, boys, ghouls, skeletons and everyone in between!

Heralded as the greatest show you’ll die to see, this mysterious circus appears seemingly out of nowhere and has hosted on planets across the universe! Heading the operation – an Eddie out of time and Space: Ringmaster Eddie takes to the stage to grunt and groan, delivering a performance that’s sure to shock and terrify in equal measure.

This year, the carnival is back on earth near Night City, an opportunity that Charlotte is NOT going to miss. Driving into the circus, however, she finds it in total disarray! It seems that some outside force has disrupted the festivities, a slightly-familiar harlequin and his band of chattering DEATHBATS!

Now Ringmaster Eddie and Charlotte must clear the way of these mischievous skulls, save the Nightmare Carnival, and discover who or what is behind this escapade! 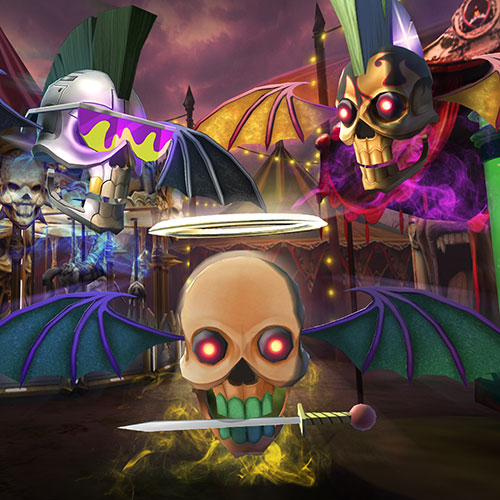 Deathbats bring a world of misery to all those who stand in their way! They become stronger when an enemy bleeds, enhancing their attacks and unlocking new effects. Their passive makes them immune to permanent death effects and they can revive allies so the battle never ends!

The design for these characters was inspired by Avenged Sevenfold’s iconic logo and NFT project. 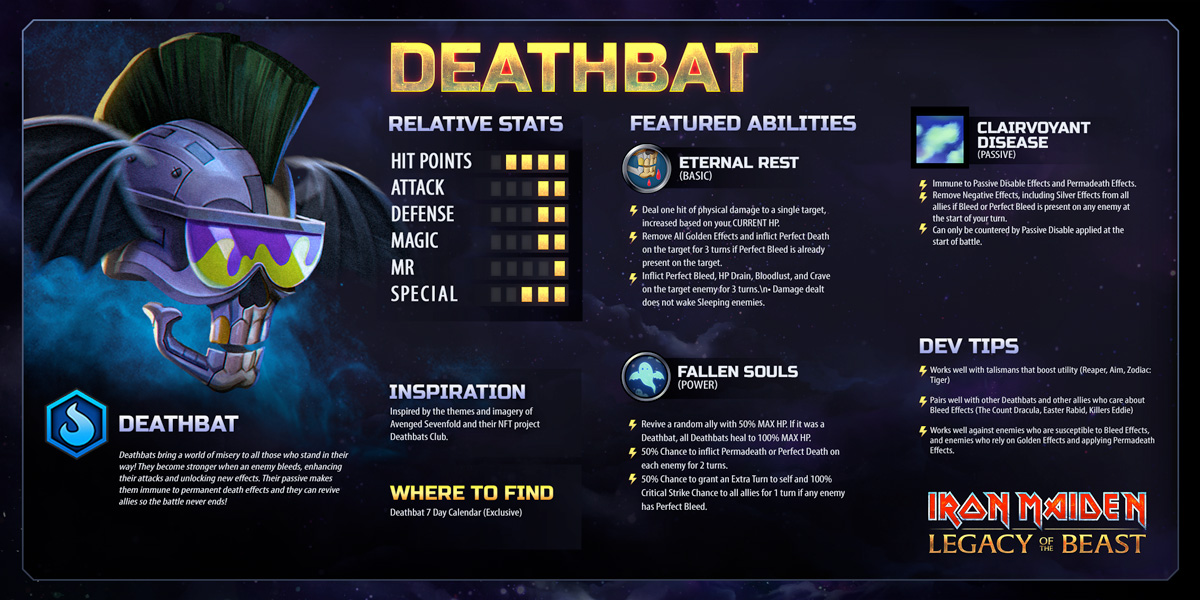 Players were able to earn 3 Deathbats just by playing the event: 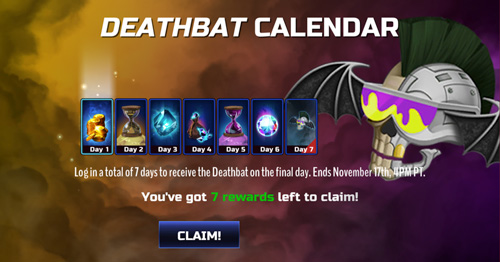 Get free Deathbat and Ringmaster Eddie wallpapers for your devices here » 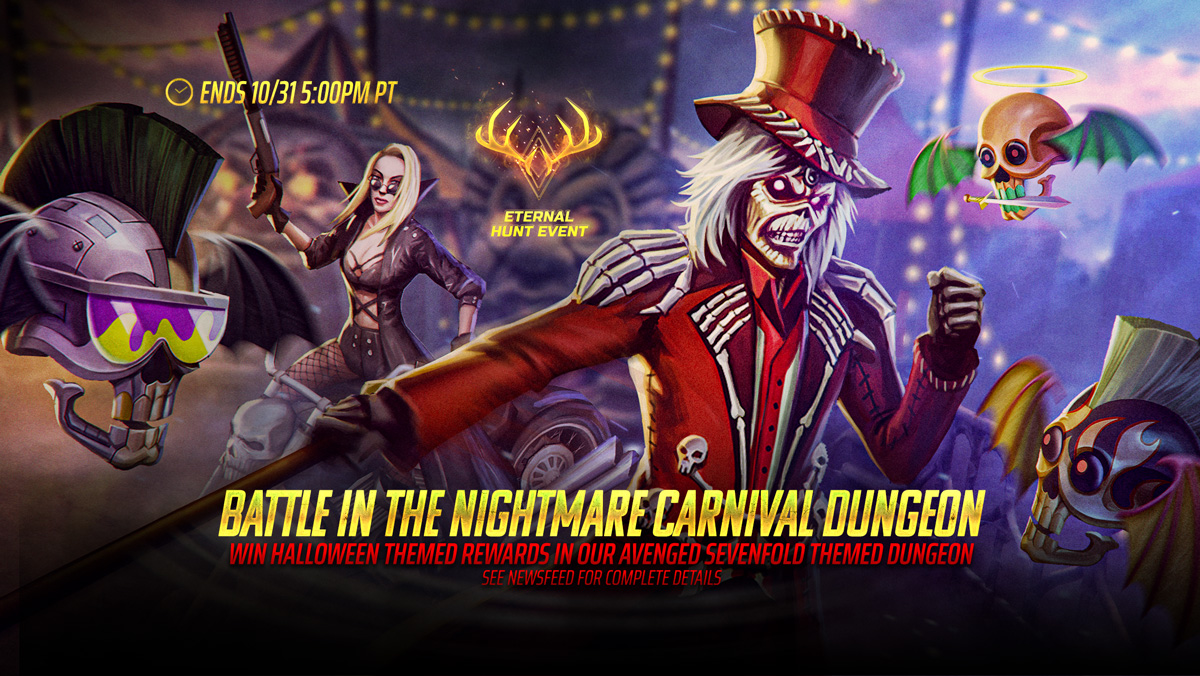 The Deathbats rule the Nightmare Carnival. This dungeon was available from October 18th to the 31st with a design that was inspired by HBOs Carnivale, Nightmare Alley and childhood memories of the general creepiness of circuses.

The Nightmare Carnival featured an Avenged Sevenfold themed script, and 4 difficulty settings with epic rewards. The Nightmare Carnival was set to open soon and now a mysterious figure and his host of deadly and mischievous skulls known as the Deathbats have taken over the fairgrounds! It’s up to Ringmaster Eddie to clear the way and save the Carnival.